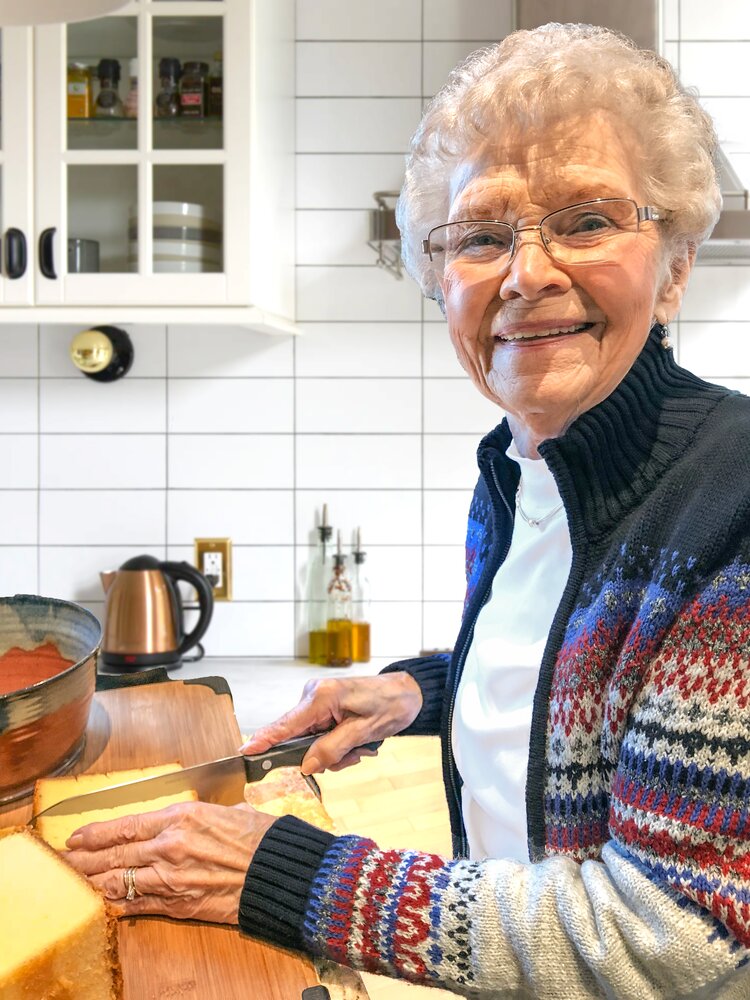 A finer person you couldn’t meet. It is with both sadness and acceptance that the family announce the passing of Joan Ann Tonge (Allison), which occurred on May 15th, 2022, at the SJRH where she was unable to recover from a fall that resulted in a broken hip.

Joan was born on November 30, 1930, in Saint John, NB. As a child she moved to Quispamsis where she found love, married, raised her son Mark, and remained until her passing. Joan was predeceased by her husband Robert (Bob), sisters, Shirley Anthony and Barbara Williams.

Joan was a devoted mother to Mark (Gwen), adoring Grandmother to Garrett (Seigo Nishijima) and Stewart (Karen Robinson) and Great Grammy to Lena and Wyatt, dear Aunt to many nieces and nephews and affectionately referred to as Grammy Tonge in her extended family.

Joan was a loving, kind, and gentle woman with an array of caring friends contributing to her wellbeing, most notably Connie Downey and Diane Tonge. One of Joan’s passions was baking, especially her famous mocha cakes, her sweets were a staple at family gatherings, church dinners and her way of saying thank you to anyone lending a hand.  Joan was lifetime active member in the Quispamsis United Church, she was devoted to her faith, actively involved in UCW, study group, and supporting various fundraisers. In Joan’s later years she was known to have ‘taken to her chair’, a favorite position where she delighted in everything from watching Downton Abbey and Grey’s Anatomy, to engaging in a new form of worship called Zoom and welcome visitors with her warm smile.  Residing in her own home was extremely important to Joan, this could not have been accomplished without the care and support of her long term caregiver Patty.

As gracious as she was in life, Joan slipped away into peace. Her family invites you to join us at 11AM, Thursday, May 19th, 2022 at Quispamsis United Church, as we honour her life. Interment will take place at Fernhill Cemetery. Arrangements are under the care of Kennebecasis Community Funeral Home, 152 Pettingill Road, Quispamsis (849-2119). Donations to the Quispamsis United Church will be gratefully accepted in memory of Joan.

We ask that all those in attendance wear masks for the duration of the service and while singing. Anyone 5 or older must be fully vaccinated (minimum 2 vaccinations) and be prepared to show proof of vaccination.