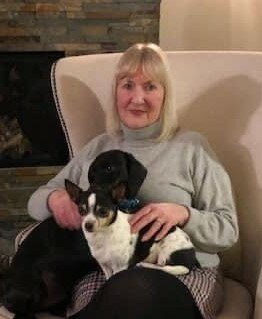 It is with heartfelt sorrow, the family of Joan Vanessa McNeill of Quispamsis, announce her passing on Tuesday, March 15, 2022, at the Saint John Regional Hospital.

Born in Saint John on May 28, 1943, she was a daughter of the late Curtis and Pearl (Hutchins) Brown. Joan attended Saint John Vocational School, before beginning her career in bookkeeping. She spent several years in the transportation industry before working at the Saint John Regional Hospital. She enjoyed cooking, baking, shopping, arts & crafts, hockey, and football (especially Tom Brady – the GOAT). She had a zest for life, a love of dogs and all animals, as well as a special knack for decorating and fashion. She loved to spend time enjoying her sunroom and backyard; the cottage in Maces Bay; and spontaneous trips to Nova Scotia and the States. She adored her family, and her grandchildren were her everything. Joan will be missed by all who knew her.

Besides her parents, Joan is predeceased by her husband Billy McNeill.

In keeping with Joan’s wishes, there will be no visitation or funeral service. A celebration of Joan’s life will be held by her family at a later date. Arrangements are under the care and direction of Kennebecasis Community Funeral Home, 152 Pettingill Road, Quispamsis (849-2119). In lieu of flowers, remembrances in Joan’s memory can be made to the Humane Society, Canadian Cancer Society or to the KV Extramural.