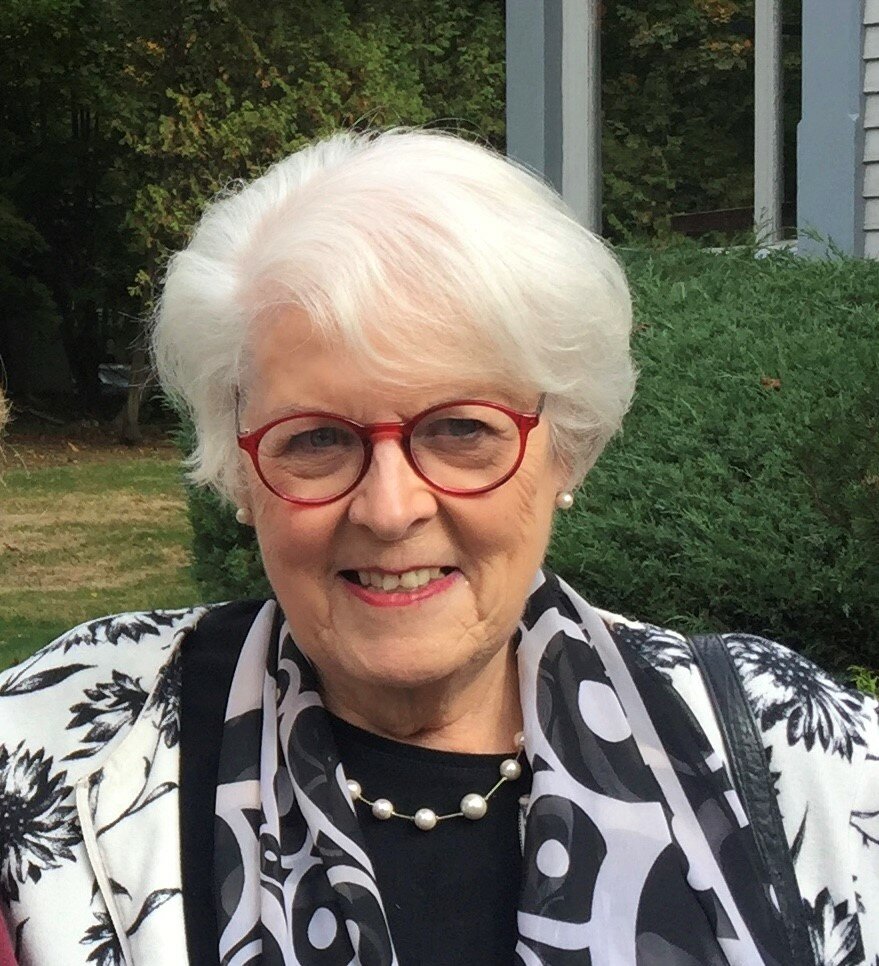 Born January 23, 1936, to Eileen and Thomas Donoghue, Sheila spent her childhood in Richmond, England and enjoyed summers in Scotland with her Aunt Rose. After marrying her husband Peter in 1966, she lived in Libya, Ireland, USA, England and Wales before settling in Canada in 1976, where she and Peter raised their two girls, Lisa and Fiona.

Shelia’s artistic flair knew no bounds and she became well known for her artwork and creativity. Pottery, knitting, sewing, painting and quilting were activities she enjoyed, and that creativity and artistic talent were passed onto her granddaughters who love to draw, paint, sew and embroider.

Her last days were difficult, but she kept her sense of humour and was surrounded by those who loved her, her daughters Lisa and Fiona, her granddaughters Emma, Becca, Katie and Penny, sons in law Jeff and Ian and her sister Essie. Sheila will be missed for her sense of fun and humour, her listening ear and sound advice.

Share Your Memory of
Sheila
Upload Your Memory View All Memories
Be the first to upload a memory!
Share A Memory