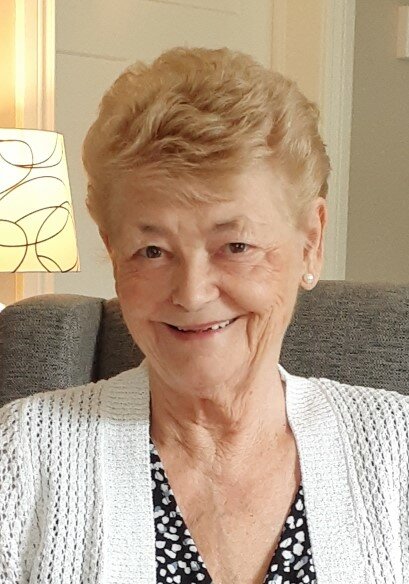 It is with heartfelt sorrow, the family announce the passing of Brenda Rigo, of Quispamsis, on Saturday, September 10, 2022, at Bobby’s Hospice.

Born in Askern, England on June 11, 1940, she was a daughter of the late Horace and Agnes (Boocock) Heppinstall. Brenda was a Nurse in the United Kingdom, she then became a company nurse for Wilkenson Sweet Factory in England, before moving to Canada where she was a Nurses Aide at Kennebec Manor for many years. She enjoyed volunteering at the Mission Store and was a member of PROBUS. Brenda enjoyed dancing, kitchen parties, music, shopping, reading, knitting, but most of all spending time with her loving family.

Besides her parents, Brenda is predeceased by her husband Dragi Rigo, and brother Terry Boocock.

Resting at Kennebecasis Community Funeral Home, 152 Pettingill Road, Quispamsis (506-849-2119) with visiting on Wednesday from 2-4 & 6-8 PM.  Funeral Service will be held at Kennebecasis Community Funeral Home on Thursday, September 15, 2022, at 10 AM. For those unable to attend, the funeral service will be livestreamed at www.kennebecasisfh.com. Remembrances may be made to Bobby’s Hospice.

Share Your Memory of
Brenda
Upload Your Memory View All Memories
Be the first to upload a memory!
Share A Memory