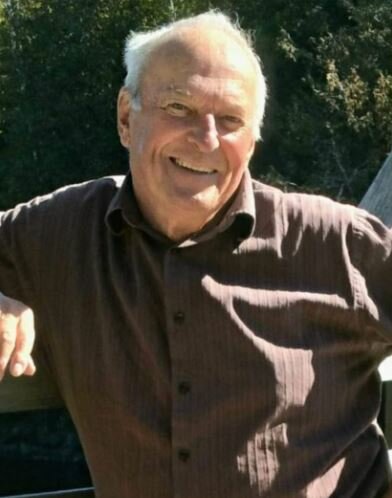 It is with heavy hearts that the family of Ray MacMurray announces his unexpected passing which occurred on Wednesday, August 31, 2022. Born on May 4, 1943, he was the son of the late Fred and Dorothy (Hulme) MacMurray.

Ray will be remembered as someone who was always smiling. He loved life and he loved people. He was a social person who enjoyed spending time with his family and friends. He attended Simonds Regional High School and then went on to the Canadian Army, serving three years with the Engineers Division out of Chilliwack, BC and then in Gagetown, NB. He operated MacMurray Body Shop on the Baxter Road and was a member of the Teamsters Union. Ray could often be found working on cars in his garage listening to George Jones. His love of cars extended into his free time watching NASCAR races and participating with his dear friends the Valley Cruisers. Ray had a great sense of humour and could find humour in any situation. He enjoyed to make people smile and had an upbeat and positive demeanor. He had an appreciation of nature and found solace spending time in his vegetable garden. Ray was a regular at the Hampton Rd. Tim Hortons where he spent many days socializing with regulars, friends and guests alike.

Arrangements are under the care of Kennebecasis Community Funeral Home, 152 Pettingill Rd. Quispamsis (849-2119). Visitation will take place on Thursday, September 8, 2022, from 11:00-1:00 PM, with interment taking place in Fernhill Cemetery Columbarium following visitation. Donations made to the charity of the donor's choice. Online condolences may be placed at: www.KennebecasisFH.com

Share Your Memory of
Raymond
Upload Your Memory View All Memories
Be the first to upload a memory!
Share A Memory