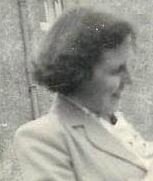 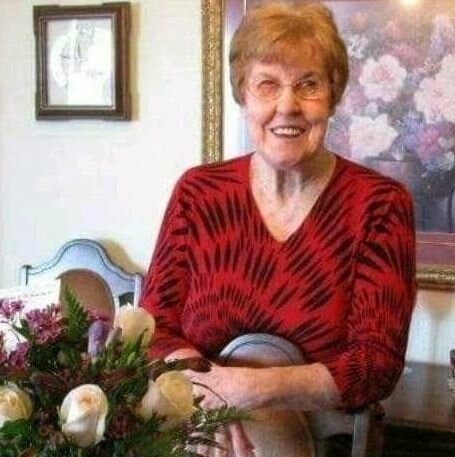 It is with heartfelt sorrow, the family of Maria “Myra” McConnell-Todd, wife of Mort Todd, of Rothesay, announce her sudden and unexpected death on Tuesday, August 30, 2022.

Born on October 15, 1932, in Cumnock, Scotland, she was a daughter of the late Henry and Maria (Manderson) Truesdale. Myra Emigrated with her previous husband and children in 1963 and arrived in Toronto, Ontario. Myra was employed for many years with the CIBC prior to retirement . She also helped build many homes with her previous husband. The family could be found in Oshawa, and many surrounding communities with gorgeous homes-maybe how her daughter got her love for real estate! She was an accomplished soloist for many occasions, within her church family and together with her daughter and even her granddaughter sang of many songs of her faith. She enjoyed Scottish Traditions, visiting many times to the homeland and could be found at a Highland Games watching her granddaughter perform. Many a Sunday evening was spent entertaining after Sunday church services. She was renowned for her Trifle. She enjoyed knitting, reading, crosswords, scrabble (she was tough to beat), and travelling. Her passion was anything purple and of course, Teddy Bears ! She gained the title “Techno Grannie” in 2004 to maintain keeping in touch with family and friends, especially her grandson who spent much time overseas. She was also a GiGi to her great grandchildren, who often commented that things in her home were “fancy"! Myra spent many hours volunteering with the Alzheimer’s Support Group in Barrie, Ontario, where she met her husband Mort. She enjoyed travelling with Mort but most of all spending time with her family. So much so that she and Mort moved to NB in 2021 to be even closer to her son, her daughter and her son in law’s cooking. - quite a feat at 88! Her faith was an important facet of her Life and that carried her through many troublesome health issues and losses, especially the loss of both of her young grandsons.

She will be missed by all who knew her. Her family will always be blessed with the time they had with her in NB.

In keeping with Myra’s wishes, there will be no visitation or funeral service. A Celebration of her life will take place on October 15th, her “90th” birthday. Arrangements are under the care of Kennebecasis Community Funeral Home, 152 Pettingill Road, Quispamsis (506-849-2119). For those who wish, remembrances may be made to the Alzheimer’s Society or to Bobby’s Hospice. Online condolences may be made at www.kennebecasisfh.com

Share Your Memory of
Myra
Upload Your Memory View All Memories
Be the first to upload a memory!
Share A Memory