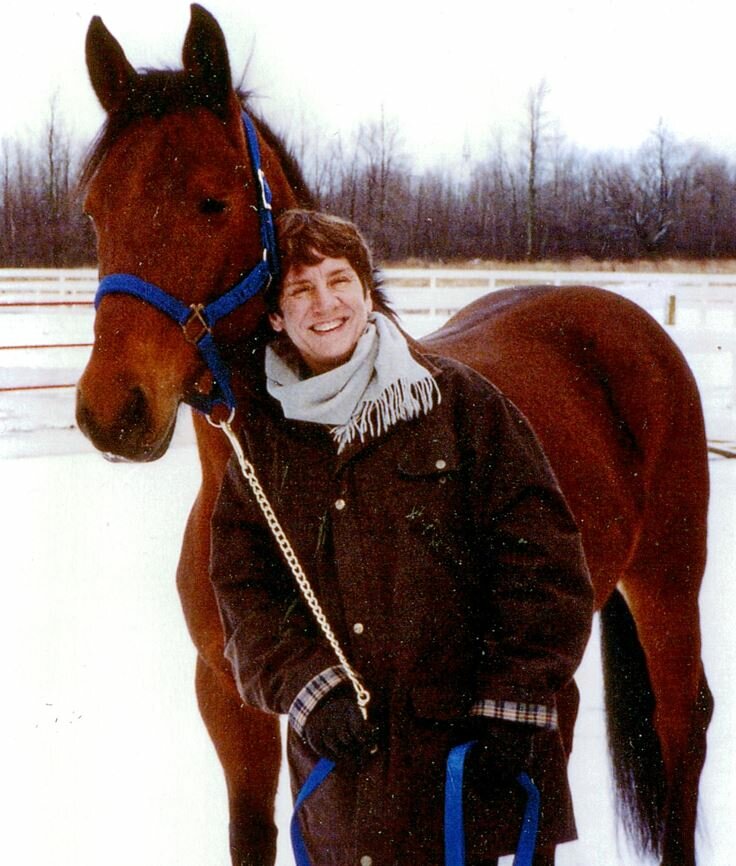 The family of Jackie Jurgens, wife of the late Emile R. Jurgens, sadly announces her passing after a brief illness on Monday, August 15, 2022, at the Saint John Regional Hospital, in the company of her two children. Born on April 27, 1938, in Courtrai, Belgium, she was the daughter of the late Jacques and Claire (nee Peeters) van Leynseele.

Jackie emigrated to Canada with her family in the late 1950s. She met her husband Emile in Montreal, and they moved to Ottawa to raise their children. Her work reflected her enjoyment of young children. She taught at Betty Hyde nursery school, started the French preschool Headstart program at the Children’s Aid Society, and later worked at Andrew Fleck Family Daycare. In middle age, Jackie returned to an earlier passion for horseback riding. She rode almost daily, competed in numerous horse shows, and became a volunteer and instructor of therapeutic riding for children with disabilities.

Jackie and Emile’s love of Canada took them to far-flung spots – her favourite being Atlin, BC, for its beauty. After the death of her husband in 2008, Jackie moved to Quispamsis, NB, to be near her daughter’s family. She was soon involved in the local horse scene, driving to the barn to ride her horse (until age 83), talking horse with friends, volunteering, and doing barn work. Closer to home were neighbours whose friendship she treasured. Her dog Bella was a constant companion and source of delight and amusement.

There was great love between Jackie and her three grandchildren. Favourite memories include trail riding with Grammie, special lunches alone with Grammie, conversations about her trips to northern Canada, and a summer painting horse jumps.

Jackie was predeceased by her husband Emile, her brothers Pierre and Francis, and her parents.

Arrangements are under the care of Kennebecasis Community Funeral Home, 152 Pettingill Rd, Quispamsis (506-849-2119). A gathering at a later date will be held for family and friends. She will be laid to rest with her husband Emile in Acadian Loyalist Cemetery in Smithtown. In lieu of flowers, donations made in memory of Jackie may be given to the SPCA or the Boys and Girls Club.

Share Your Memory of
Jacqueline
Upload Your Memory View All Memories
Be the first to upload a memory!
Share A Memory