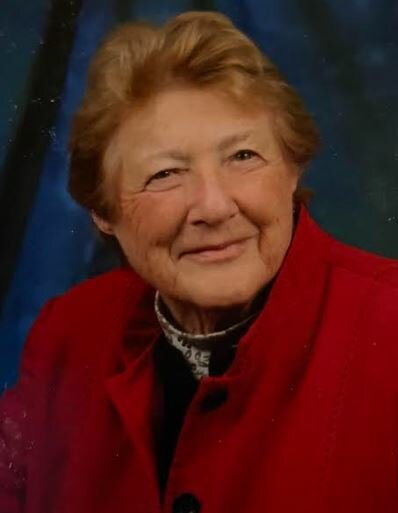 On Friday, July 29, 2022, with her sister and brother-in-law by her side and many loved ones near and far holding her close in their hearts, Mary Isabel (Hachey) Oland passed away peacefully to prayer.  Marybel Oland was a daughter, sister, mother, and friend to many.  She is predeceased by her dear mother and father, Kay and Harry Hachey, her brother, Osmund Hachey, and her sisters-in-law, Sheila Hachey and Diane Hachey. Marybel will be forever in the hearts of her brother, John Hachey, sister, Jane Sullivan (& Pat), her 4 daughters, Paula Oland (& B), Andrea Oland, Krysta Oland (& Derek), and Denise Hoppner (& Ken), as well as her treasured grandchildren, Morgan, Kiera, Karl, Emma, Courtney, Anonda, Kiah, Nathanael and Jonathyn.  Marybel also has 3 great grandchildren, Park, Crew, and Hudson, 5 honourary granddaughters in the Sullivan girls, cousins, and many nieces and nephews far and wide.

Marybel Oland grew up in St. Andrews, NB and went to university at the age of 16, she would want all to be reminded that university was St.F.X., where she met her friend for life, Adele Upton.  Marybel became a teacher, devoted wife, and a committed and loving mother to her 4 girls.  She was a dedicated community volunteer, both with Girl Guides and those with mental disabilities. When returning to the workforce, Marybel particularly liked working in politics, with seniors, and finally as the Director of the Villa Madonna Retreat House in Rothesay, NB where she welcomed many from around the Maritimes. She retired at age 75!  In her retirement Marybel loved being surrounded by family and friends, especially at the cottage in Bocabec.  Her love of the ocean and all foods continues to be passed down through the generations as does her strength and commitment to love.  Thank you to the loving and caring staff at Shannex (Quispamsis and Fredericton), as well as the medical staff in the emergency department of the Fredericton hospital.

A toast to Marybel would most definitely bring a smile to her face so please feel free to raise a glass in her honour.

Arrangements are under the care of Kennebecasis Community Funeral Home, 152 Pettingill Rd. Quispamsis (849-2119). Funeral mass to be held at a later date in Rothesay, NB. In lieu of flowers, family prefers a donation to charity of your choice. Online condolences may be placed at: www.kennebecasisfh.com

Share Your Memory of
Marybel
Upload Your Memory View All Memories
Be the first to upload a memory!
Share A Memory