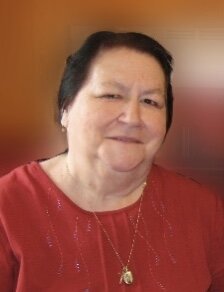 It is with heavy hearts that the family of Germaine Hachey, wife of Joseph “Jeremie” Hachey, announces her passing which occurred on Thursday, July 21, 2022, at the Saint John Regional Hospital. Born in Saint John, NB, on September 5, 1939, Germaine was the daughter of the late J. Alexis and M. Anna Cyr.

Germaine will be remembered as a strong and vivacious woman. Her spirit burned brightly and always warmed up any room she was in. She was devoted to her Catholic faith and found great solace in praying her rosary, sometimes twice a day. Jeremie and Germaine were married for 65 years and were soulmates to one another. Together they raised a family that Germaine was so proud of. When her grand and great-grandchildren came along, it gave her a new sense of life and she took such pride in seeing them grow. Her and Boom Boom hardly ever missed an activity or birthday for their grandchildren and great-grandchildren- if they could be there, they would be and in hand would be their video camera capturing memories and happy times as a family. Germaine could often be found knitting, cooking, shopping, playing cards, boardgames, or swinging on the swing holding hands with Boom Boom thinking of long ago memories involving a reluctant date in a Studebaker. She is going to be deeply missed by all who had the pleasure of getting to know her.

Arrangements are under the care of Kennebecasis Community Funeral Home, 152 Pettingill Rd. Quispamsis, (849-2119). A Mass of Christian Burial will be held on Tuesday, July 26, 2022 at 10:00 AM from St. Mark’s Catholic Church, 171 Pettingill Road, Quispamsis, NB. In lieu of flowers donations to the Alzheimer Society of New Brunswick would be appreciated by the family. Online condolences may be placed at: www.KennebecasisFH.com

Share Your Memory of
Germaine
Upload Your Memory View All Memories
Be the first to upload a memory!
Share A Memory