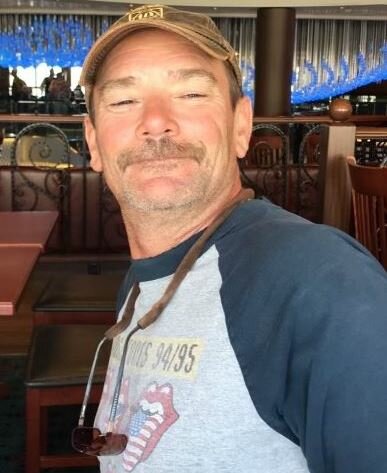 It is with heavy hearts that the family of Ronald “Ron” Savoie, husband of Karen Thibodeau, announces his passing at the age of 53, which occurred on Wednesday, June 29, 2022, at the Saint John Regional Hospital, surrounded by the love of his family. Ron was born on December 24, 1968, and was the son of the late, Anthony and Yolande (Frennette) Savoie.

During his working life, Ron wore many different hats, he worked for the newspaper, Telegraph Journal; Bill Lynch Shows; Clifford Group as a restoration mechanic; Tower Scaffolding Local 27; and was last working with Local 1386 of the Carpenter’s Union, ACRC, where he made many lifelong friends. Ron will be remembered as a hard worker who wanted things done right. He was invested in people and would often be heard saying things like, “work smart not hard” or “I can help you plant the seed, but you need to be the growth”. He took pride in seeing others succeed and do well. He loved hockey, especially the Montreal Canadiens, and took joy in playing hockey throughout his life, even when it resulted in the odd lost tooth. Ron liked to watch the Toronto Blue Jays and spending time boating and fishing. He had a love for nature and enjoyed spending time on the trails with his ATV, often there would be a swarm of people following behind Ron, because he was known on the trails for always cooking up food for everyone. Ron loved rock music and going to concerts to see his favourite bands. He will be sadly missed by his family and many friends.

Resting at Kennebecasis Community Funeral Home, 152 Pettingill Rd. (849-2119), Quispamsis; with visitation on Monday, July 4, 2022, from 2-4 PM and 6-8 PM. A celebration of Ron’s life will be held on Tuesday, July 5, 2022, from Kennebecasis Funeral Home Chapel at 11:00 AM. Interment will take place in St. Joseph’s Cemetery, at a later date. Donations made in memory of Ron may be given to the Canadian Cancer Society. Online condolences may be placed at: www.KennebecasisFH.com. A livestream of the service will be available on Ron’s obituary on the funeral home website.

Ron’s family would like to thank Dr. Chin and the nurses of the Saint John Regional Hospital, Palliative Care Unit for their kindness, compassion and friendship shown to Ron during his final days.

Share Your Memory of
Ron
Upload Your Memory View All Memories
Be the first to upload a memory!
Share A Memory