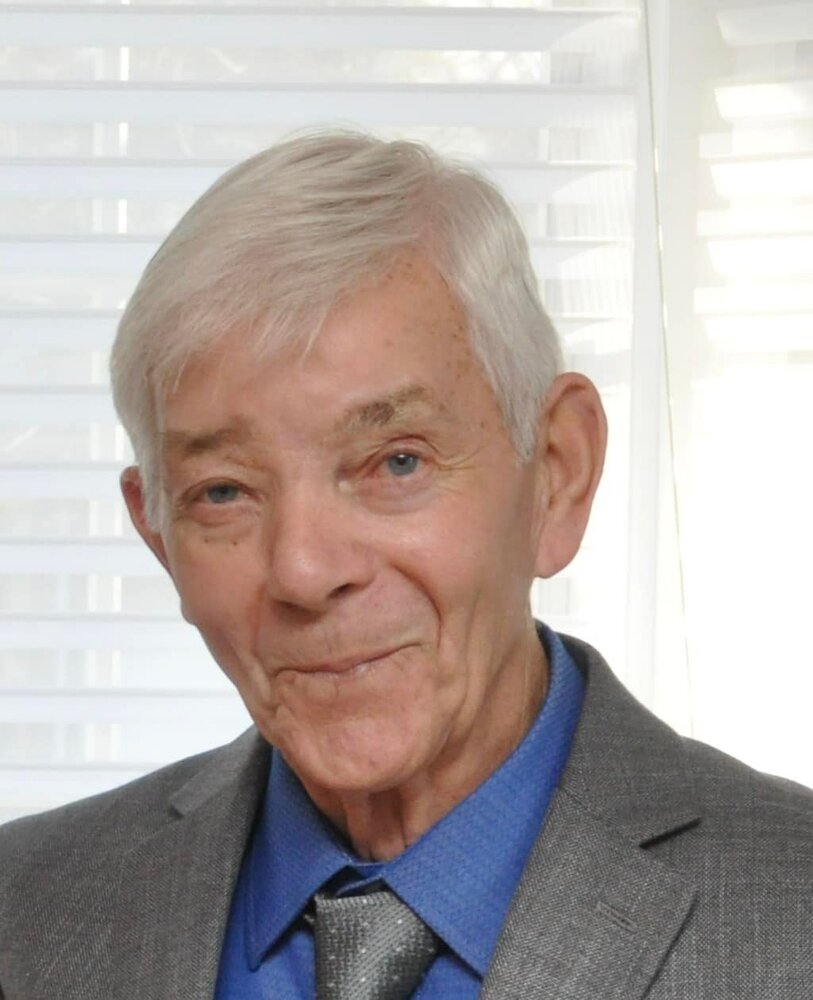 Get Directions
Wednesday
25
May

It is with appreciation for a life well lived that the family of Ernest “Ernie” Stephen Hanson, of Quispamsis, husband of Elsie (Pyne), announce his passing on Friday, May 20, 2022.

Ernie was a steamfitter/pipefitter by trade and a lifelong member of Local 213, managing several large projects throughout his working life. He worked for CN Rail, Irving Oil Refinery, Point Lepreau and ran his own shop, Hanson Pipe Services, before joining Saint John Shipbuilding where he spent most of his career as a senior manager on the Halifax-class patrol frigates project.

Ernie loved sports and was a true competitor playing hockey, soccer, baseball, golf, track and swimming. He also coached hockey for 15 years. He was an avid sports fan with a particular affection for the Saint John Sea Dogs, all teams that began with ‘Toronto’, and every team his children, grandchildren and great-grandchildren were on. He was a founding member of the Ken Gents and was a champion of the Atlantic cup in soccer in 1960 (the very same day his son Darren was born – he arrived for the birth in the nick of time after the win!).

Ernie loved music, which he and Elsie instilled in their children. It was very common for family and friends to enjoy Ernie’s guitar playing and Elsie’s singing, harmonizing in song as they did in life. In his retirement, he became a talented woodworker building several pieces of furniture which many of his family members treasure today. Ernie was gentle and kind, encouraging and supportive to everyone who had the privilege of knowing him. He cared about people, and he cared about his community. He was a volunteer to many causes and organizations and was a lifelong member of St. David’s United Church.

Mostly, Ernie enjoyed spending time with his family, they were his greatest accomplishment. He and Elsie loved watching them grow, an example of their great love story. He will be deeply missed by his family and all who knew him.

Resting at Kennebecasis Community Funeral Home, 152 Pettingill Road, Quispamsis (506-849-2119) with visiting on Tuesday from 2-4 and 6-8 PM. Funeral Service will be held from St. David’s United Church, 7 Gondola Point Road, Rothesay, on Wednesday, May 25, 2022, at 1 PM. For those unable to attend, Ernie’s service will be livestreamed and can be viewed at www.saintdavidsunited.ca/funerals  We request those in attendance wear masks for the duration of the service. For those who wish, remembrances may be made to the St. David’s United Church or Romero House.

Share Your Memory of
Ernest
Upload Your Memory View All Memories
Be the first to upload a memory!
Share A Memory