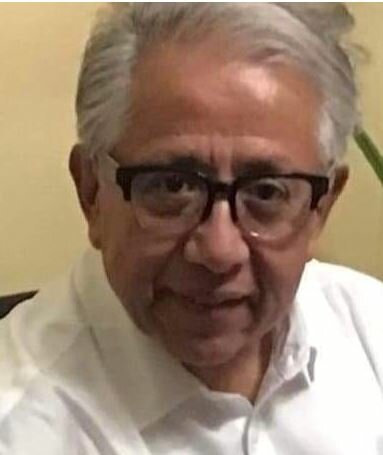 Get Directions
Thursday
5
May

Forever in the hearts of family and friends, the family of Dr. José Ledezma, announce his passing which occurred on Sunday, May 1, 2022, at the Saint John Regional Hospital. Born on November 24, 1947, in Tula, Mexico, he was the son of the late Emiliano and Florencia (Garcia) Ledezma.

José was a devoted and caring physician, practicing Medicine for nearly 40 years in Mexico and subsequently in Canada where he worked at WorkSafe NB for over 30 years.  He will be remembered as an intelligent, gentle and caring man who loved his calling to medicine and was always studying and adding to his credentials to give quality of care to his patients. José loved   travelling, photography, his gardens and being the impeccable host. He adored all animals & his pets - his dogs were the apple of his eye. His kindness was never ending and he will be sorely missed.

José is survived by his wife, Jacqui (Jacqueline) Whiting Ledezma; his son, Jon (Jonathan) Ledezma; his sisters: Rosy Ledezma, Maruca Asuncion Ledezma, and Marie Ledezma; as well as numerous nieces, nephews and friends. He was predeceased by his parents, his sister, Marina Ledezma and his former wife Maria Ledezma.

Arrangements are under the care of Kennebecasis Community Funeral Home, with visitation on Thursday, May 5, 2022, from 10:00 – 11:00 AM; with a funeral liturgy to be held from Kennebecasis Funeral Home Chapel at 11:00 AM. For those unable to attend, a livestream of the funeral service can be viewed on José’s obituary at www.kennebecasisfh.com  Donations made in memory of José may be given to Alzheimer’s Society.

Share Your Memory of
José
Upload Your Memory View All Memories
Be the first to upload a memory!
Share A Memory