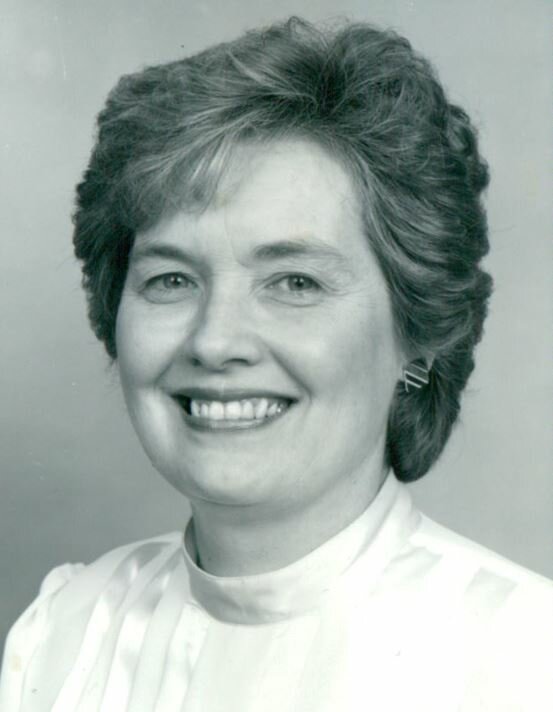 It is with heartfelt sorrow that the family of Mary-Ruth Flood, wife of Michael Flood of Rothesay, announce her passing on Sunday, April 10, 2022, at Embassy Hall, Quispamsis.

Born in Saint John, March 28, 1939, she was a daughter of the late Charles and Blanche (Poertner) Joyce. A loving and extremely proud wife, mother, grandmother, and sister, Mary-Ruth will be remembered for her strong will and quick wit, often keeping her family on their toes with a sly response. She held a deep fondness for cats, affirmed by the multitude of lint rollers placed throughout the house. Ever the meticulous planner, her family will miss the detailed instructions she provided for everyday humdrum activities. The self-proclaimed family documentarian, Mary-Ruth never missed a chance to capture and save a family memory, as evidenced by the hundreds of photos and newspaper clippings she collected over the years.

Mary-Ruth was deeply devoted to her career. Passionate about celebrating the history of Saint John, Mary-Ruth served as Chairman of the Tourist Committee and was a founding member of “Loyalist Days”. Over her long and inspiring career, she dedicated her time to helping those in need. She raised millions of dollars for charitable organizations that were near and dear to her heart holding various leadership roles, including: Director of Marketing and Public Relations for the Toronto Zoo, Executive Director of the United Way of York Region, Director of Corporate Development at the OSPCA, Executive Director of Starlight Children’s Foundation Canada, and President of The Markhaven Foundation. She was a creative planner, establishing landmark events and initiatives such as Meet the Keeper Programs at the Toronto Zoo, A Dog’s Breakfast, The Starlight Room at The Hospital for Sick Children, and The Grandma’s Run to name a few.

Besides her husband Michael, Mary-Ruth is survived by her sons; Andrew MacQuarrie of Toronto, and John MacQuarrie (Tara Kelleher) of Saint John and their father Ron MacQuarrie, sisters; Lynn Roberts of St. Andrews, Judy DiPaolo (Jimmy) and Cathy Joyce (Frank Murphy) both of Fredericton, and brother Neil Joyce (Hansa) of Toronto, grandchildren; Megan MacQuarrie and Matthew MacQuarrie-Cottle, as well as several nieces and nephews. She will be greatly missed by all who knew her.

Mary-Ruth was predeceased by her brothers, Paul and Ian Joyce.

Share Your Memory of
Mary
Upload Your Memory View All Memories
Be the first to upload a memory!
Share A Memory