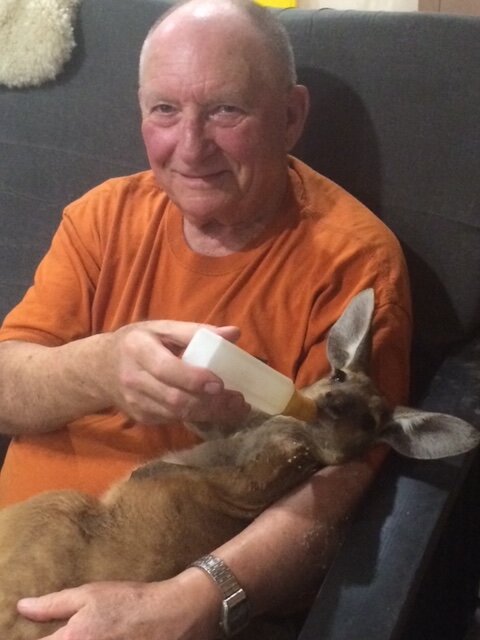 With heavy hearts, the family of George Gilliland announces his passing on March 24, 2022.

George was born in November 1938, the son of Oliver & Fay (Knowlton) of Torryburn. He spent many years on Rockland Road in Saint John with his beloved grandparents, Eleanor & Eldon Knowlton, and raised his family in Quispamsis.

Colleagues at Maritime Auto, Exhibition Park, NBTel, and Canada Customs will remember George as the gentle, customer-focused printer who delivered with precision and accuracy. He retired from his role as The Queen’s Printer with the Federal Government in 1995.

He is survived by Jackie, his loving wife of 49 years; his children Christine, Mike, and Heather (Paul); his granddaughter, Paidon; his step-brother, Wayne Gilliland (Bev) and nephew, Jamie.

George actively volunteered for several years on the board of the Ken Val Co-op. He always made time for gardening, photography, and reading a good book on the deck while the pond bubbled beside him. His bird feeders bustled with visitors. He’d start tomato plants in the basement, long before the frost left the ground. And everyone, including the deer, enjoyed his plentiful raspberry crops.

Close friends Chuck & Louise Craig, Ray & Diane Tonge, and many others have fond memories of dances, house parties, barbeques, rowdy card games, and countless escapades at The Camp in Big Cove on the Washademoak.

And, of course, his Tilley Hat… He wore it the day he shot a goal, winning a phone, at a Saint John Flames game and on his frequent walks at the Irving Nature Park. But he took it off when he saw Cher in concert. Cher, Johnny Cash, and Garth Brooks deserved respect.

George was Jackie’s best friend and travel buddy. Each journey was an adventure, whether to the other side of the world or a backroad car tour. Picnics were mandatory and invariably included a bottle or two of George’s homemade wine.

Jackie and George supported the Saint John Regional Hospital Foundation for decades. If you’d like to honour George’s memory with a donation, a gift to www.thegive.ca would mean so much.

Arrangements are under the care of Kennebecasis Community Funeral Home, 152 Pettingill Rd, Quispamsis (849-2119). Friends and family are invited to a celebration of George’s life on Saturday, April 2, from 2pm to 4pm at Meenan’s Cove Beach House, 199 Model Farm Road, Quispamsis.

Share Your Memory of
George
Upload Your Memory View All Memories
Be the first to upload a memory!
Share A Memory