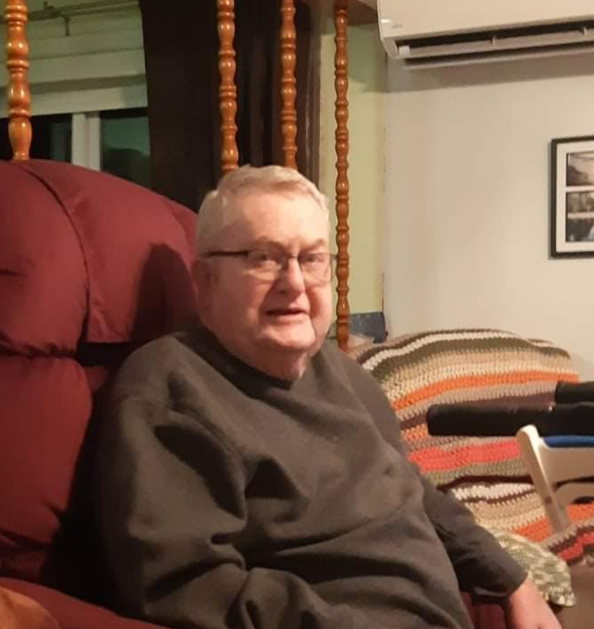 It is with broken hearts that the family of Donald “Donnie” Damon announces his unexpected passing which occurred on November 29, 2021, at his residence after a long battle with declining health. Donnie was born on January 8, 1942, in Saint John, NB, and was the son of the late Walter and Jean (Janes) Damon.

Donnie loved his family, anyone who knew Donnie knows he loved his daughters and was so proud of the women they became. He loved spending time with his wife and soulmate, Linda where they would go on seashore drives together to Blacks Harbour. He was a man’s man and loved to go fishing and hunting. With his daughters in tow, he would make his way to Salmon River in the summertime, what he did not know then was that he was cementing memories in his family’s hearts. His family will remember him when they see a family fishing together, when oldies are playing on the radio or when they spend time near the water. Donnie will always be a part of the lives of his family and will live in their hearts forever. He was a hard worker who was an electrician by trade. He took great pride being a member of IBEW local 502 and The Retirees Club.

We would like to thank Dr. Nava and the girls with Extra Mural for their kindness, care and friendship shown to Donnie and our family.

Arrangements are under the care of Kennebecasis Funeral Home, 152 Pettingill Rd. Quispamsis, (849-2119). In keeping with Donnie’s wishes there will be no visitation or funeral services. Donations made in memory of Donnie would be appreciated to the Extra Mural Program or Muscular Dystrophy. Online condolences may be placed at: www.KennebecasisFH.com

Share Your Memory of
Donnie
Upload Your Memory View All Memories
Be the first to upload a memory!
Share A Memory