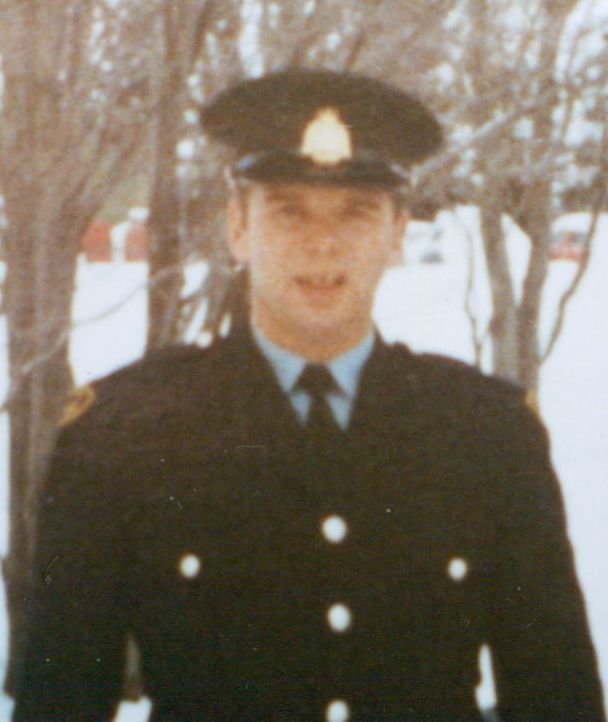 It is with great sadness that the family of Douglas Arthur Murray, 78, of Rothesay, announce his death on May 11, 2021.

Born in Saint John, he was a son of the late George and Bernice (Scott) Murray. During the early years of his career Doug was a Corporal in the Army, Royal Highland Regiment and later a constable on the Rothesay Police Force. He then worked for Irving Pulp and Paper for 27 years until his retirement.

Doug was a devoted husband, father and grandfather and will be sadly missed by his family and friends. Even through many years of health problems he wasn’t one to complain. Doug had a lifelong love of sports having played basketball and baseball in his younger years. He was one of the founding members of the Rothesay Little League and spent many years as a baseball umpire. He loved spending time in the outdoors,  especially hunting and fishing with friends. Some of his fondest memories were of the times he took his grandchildren camping in the summer.

Doug is survived by his loving wife of 56 years, Marjorie (Raynes), his children; Christine Muise (Chris)  and Douglas (Mary), all of Fort McMurray, AB, brothers; William (Ruth) of Toronto, ON,  and Peter (Dianne) of St. Thomas, ON, sister Barbara Nelson of London, ON, grandchildren; Corey Murray, Tara Debruyn (Tyler), Shauna Darbyshire, Koady Murray (Kala), and Chyanne Murray, great grandchildren; Savannah and Skyla Murray, and Mason and Hailey Debruyn, special niece Wendy Tunks of London, ON, as well as many other loving nieces and nephews.

In addition to his parents, Doug was predeceased by his grandson Jake Murray.

Arrangements are under the care and direction of Kennebecasis Community Funeral Home, 152 Pettingill Road, Quispamsis (506-849-2119). A private family Graveside Service will take place on Monday, May 17, 2021 at 1PM at Harding’s Point Cemetery. For those who wish, remembrances may be made to Heart and Stroke Foundation of New Brunswick, or to a charity of the donor’s choice.

Share Your Memory of
Douglas
Upload Your Memory View All Memories
Be the first to upload a memory!
Share A Memory