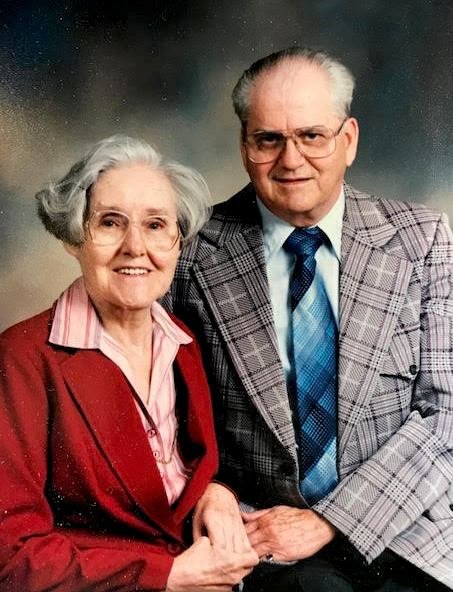 It is with heartfelt sorrow, the family of Daisy Pauline McKenney, wife of the late Clifford McKenney, passed away peacefully on Saturday, April 10, 2021 at the Dr. V.A. Snow Centre in Hampton. Born in Poodiac, NB on December 14, 1925, she was a daughter of the late Esley and Verna (Baxter) Adair. Daisy was the last member of her immediate family.

Daisy was a hard worker always helping her family on the farm in Poodiac. At the age of 18, she began working at the Rothesay Collegiate School as a member of the housekeeping staff, where she met her husband Clifford. Daisy and Clifford were residents of Fairvale for most of their lives. She enjoyed gardening and reading, especially The Readers Digest and The Kings County Record. Daisy was a faithful member of True Life Church, formerly Rothesay Baptist Church. She enjoyed singing hymns and attending church services at the nursing home. Daisy will be missed by all who knew her.

The family wishes to express their gratitude and thanks to Shirley McAleese, the Nurses, staff and residents of the Dr. V.A. Snow Centre for their care and compassion towards Daisy and her family.

Arrangements are under the care and direction of Kennebecasis Community Funeral Home, 152 Pettingill Road, Quispamsis (849-2119). A private graveside service will be held for Clifford and Daisy  at Rothesay Baptist Cemetery at a later date. In lieu of flowers, remembrances may be made to the Dr. V.A. Snow Centre.

Share Your Memory of
Daisy
Upload Your Memory View All Memories
Be the first to upload a memory!
Share A Memory