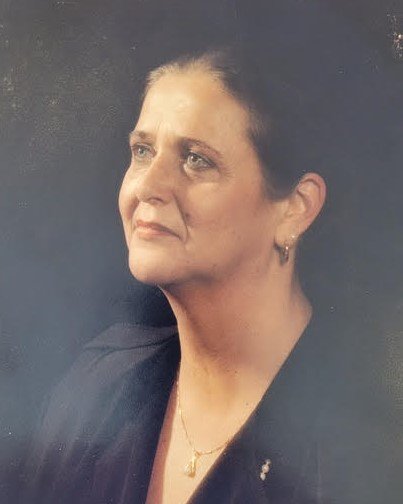 It is with great sadness that the family of Joan Catherine (McInerney) Cain, wife of the Honorable Murray Francis Cain, QC, announces her passing on December 18, 2020 at St. Joseph's Hospital in Saint John, following a lengthy illness. Born August 21, 1936 in Saint John, NB, she was the daughter of the late Murray and Helen (Doucette) McInerney.

In addition to her loving husband, she leaves behind four children; Cathy McGill (Mike) of Quispamsis, Beth Stymiest (Donnie) of Bathurst, NB, Larry Cain (Helena) of Quispamsis, and Anna Cain of Toronto, ON. She also leaves behind her sister Margie Dilworth of Aurora, ON, her brother Terry McInerney (Mary) of Rothesay, and brother-in-law Bernard Cain (Ursula) of Dieppe, NB. She is survived by eight grandchildren; Matthew, Patrick and Jordan McGill, Andrew and John Stymiest, Madeline and Stone Cain, and Grace Cain Gray, and one great granddaughter Quinn McGill, as well as several nieces and nephews. She also leaves behind her lifelong friend, Noreen Stack Cavanaugh.

Joan was predeceased by her parents, her brothers; Murray, Billy, and Ray, and her infant son Michael Francis.

Joan led an active life despite the many illnesses she suffered through the years. Always elegant, she had great wit and humour. Joan loved the company of others especially if it involved playing bridge and shopping. She especially enjoyed the many winters she and Murray spent in Florida.

The family would like to thank Dr. Stephen Myers, Head Nurse Sandi, the entire dedicated staff of St. Joseph's Hospital. The care and compassion shown to the family during such unprecedented times is very much appreciated.

Resting at Kennebecasis Community Funeral Home, 152 Pettingill Road, Quispamsis (849-2119), with visiting on Monday, December 21, 2020 from 4-8 PM. Funeral Home staff will be available at the entrance to assist with Covid-19 protocol. Mass of Christian Burial will be held on Tuesday, December 22, 2020 from Our Lady of Perpetual Help Church, Rothesay, at 11:00 AM. For those who wish, remembrances may be made in Joan's honor to the St. Joseph's Hospital or to Our Lady of Perpetual Help Church. For those unable to attend, the funeral service will be livestreamed on Joan's obituary at www.kennebecasisfh.com.