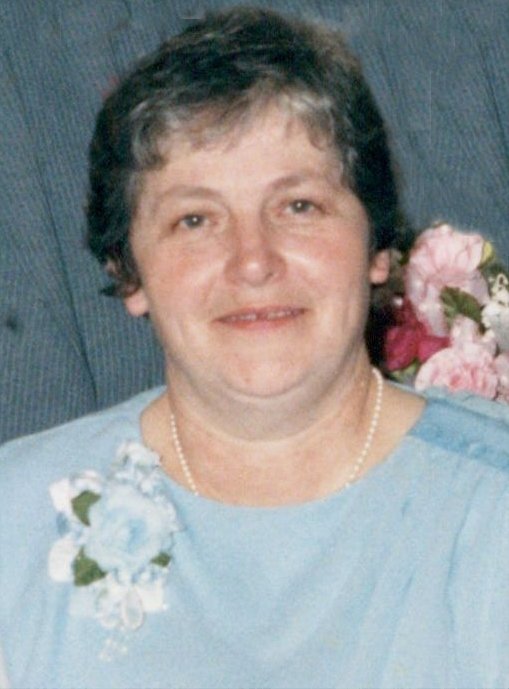 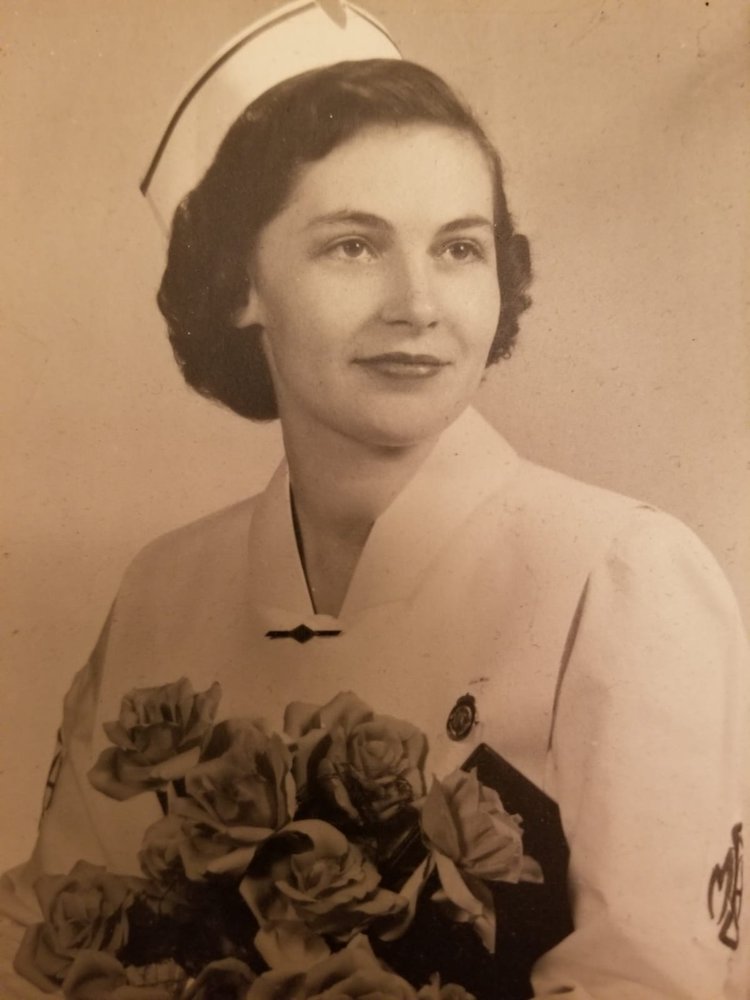 It is with great sadness that the Halpin family announces the passing of our beloved, kind and selfless mother, Joan Mae Halpin (nee Wood) on August 29, 2020. Mom passed away peacefully after a long struggle with several illnesses, which she bore with the same quiet dignity and grace by which she lived. Mom was born on December 2, 1934, the second of eight children and eldest daughter of Walter and Nina Wood, in Oxbow Saskatchewan.

Mom grew up on a truly mixed farm with dairy and beef cattle, hogs, chickens, turkeys and, of course, crops, in the Souris River Valley near Northgate Saskatchewan. The oldest girl of eight children she was often tasked with helping with her younger siblings and with daily chores. Many mornings mom would milk 10 to 15 cows before leaving for school. She was also an accomplished horsewoman and after school her greatest joy was riding bareback through the pastures and fields. Her older brother Harvey once remarked that this was a very effective way of getting out of work for half an hour.

Joan enrolled in the nursing program at Misericordia General Hospital in Winnipeg. Upon graduate graduation she took a job in Pine Falls, Manitoba where she met Bruce the love for life for over 60 years. The family moved to Saint John, New Brunswick in 1964 for work, and then to the  Kingston Peninsula in 1970, and began farming on top of their careers. Joan nursed at St. Joseph’s Hospital, Saint John General Hospital and later Saint John Regional Hospital and finished her career at Irving pulp and Paper as the industrial nurse. Joan skills were many, nursing, sewing, knitting, baking and cooking. Her ability to cope was amazing, she could turn her hand to almost anything. Joan rarely became flustered and calmly and efficiently dealt with any challenge that came her way. Her greatest attributes were her ability to love and care for people. She gave freely of her resources be time, skills, or money to help friends and neighbours and, on occasion, total strangers. Joan treated everyone with the same level of respect and kindness and paid close attention to those who might need, pardon the pun, a ‘Halpin hand’.  People would come to the farm to buy eggs and those in need would leave with their dignity and enough food to feed them for a week, all for the price of the eggs.

Mom had a strong sense of family. At one point she actually left school for two years to help her family and help raise her brothers and sisters. As a testament to her intellect. Mom graduated from high school on time at the age of 18 and as the best student in her class. She carried this sense of family into the raising of her children and grandchildren. Mom always put us first, as did our father. It would be hard to imagine better parents. Mom was always there for us, giving selflessly to each of us what we needed when it was needed, and refereeing the many squabbles and sometimes outright battles that occurred between us. She did all of this with a sense humour.  Mom was largely unexcitable and remained calm in most situations. One doctor she worked with said “If things appear to be going badly, I just look at Joan and if she looks worried, I know were in trouble”. As children, if one of us did something really silly we would be met with a kiss on the forehead and the benediction “Well bless your pointed little head!” before any correction took place. Personally, I was a teenager before I realized that this saying was not necessarily a good thing. But that was Mom. Even correction or punishment started with love. Of course, this was lost on all of us until we began families of our own.  It is only with experience and reflection that we came to appreciate how wonderful Mom was. We are all richer for her contribution to our lives.

Mom’s skills were many, nursing, sewing, knitting, baking and cooking, especially with her grandchildren. No matter how busy she was she had time to bake, play, make costumes or snuggle with her grandchildren whom she adored so much. Her ability to cope was amazing, she could turn her hand to almost anything. Mom rarely became flustered and calmly and efficiently dealt with any challenge that came her way. Her greatest attributes were her ability to love and care. She gave freely of her resources, be it time, nursing skills or the day’s latest baking to help friends, neighbors or total strangers. Mom treated everyone with the same level of respect and paid close attention to those who might need (pardon the pun) a Halpin hand. People would come to buy eggs and for the price of those eggs people would leave with enough food to feed them for a week.

Arrangements are under the care of Kennebecasis Community Funeral Home, 152 Pettingill Rd, Quispamsis (849-2119) with visitation on Friday, September 18, 2020, from 2:00 – 4:00 PM and 6:00 – 8:00 PM, and a funeral service celebrating Joan’s life on Saturday, September 19, 2020, at 2:00 PM at Kennebecasis Funeral Home Chapel. Donations may be made in memory of Joan to Heart and Stroke Foundation or the Boys and Girls Club- Hot Lunch Program.