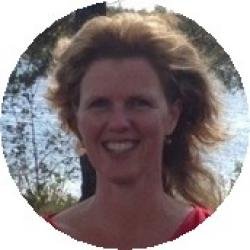 Lisa Rebecca (Kierstead) McCully (Bachelor of Arts, Master of Education, Master of Administration) – 49, Portapique. It is with unspeakable grief that we announce the death of Lisa on Saturday, April 18, 2020, due to a senseless act of violence in Portapique.

In her earlier years, Lisa excelled in ballet and piano, teaching small children piano during High School. Her natural leadership qualities shone through her lead parts in High School musicals and the role of Student Council President. Her adventurous spirit led her to Guatemala in her grade 11 year, where she lived high in the mountains with an indigenous family. Her third year of university was spent in Strasbourg, France for total immersion, and backpacking around Europe with her mother before returning to Canada. Lisa earned a degree in Arts and Languages from Mount Allison, effortlessly becoming fluent in French, Spanish and English. She truly had the gift of gab.

With a degree under her belt, Lisa and her sister, Jenny, drove across Canada to Vancouver, where they each found teaching positions. During that time, Lisa joined "The Big Ride" to raise money for lung disease, cycling from Seattle to Boston.

After ten years out west, she returned east to be closer to family and began teaching in Nova Scotia. She married Stuart McCully and they had two stellar children.  Eventually becoming the primary caregiver of the children, Lisa settled in beautiful Portapique, where she and the kids thrived by their ocean playground. Lisa had an infectious personality with a ready sense of humour. She lived life 200% and was the life of every party. A gifted educator, Lisa was always teaching and constantly had creative pursuits on the go, whether it was baking bread, harvesting mushrooms or playing music. To know Lisa was to know life in full color.

Lisa’s family expresses their profound appreciation to the members of the R.C.M.P who responded to the horrific situation, for gently protecting the children and also to the anonymous 911 person who stayed on the phone with them for two hours.

Arrangements have been entrusted to Mattatall – Varner Funeral Home, 55 Young Street, Truro. Due to Covid-19 restrictions, a private funeral service will be held 3 p.m., Sunday, April 26, 2020, Reverend Glenn MacLean officiating. Webcasting of the funeral service will be available and will begin at 2:55 p.m., Sunday. If so desired, donations may be made to Debert Elementary School, Truro Youth Choir or West Colchester Minor Hockey Association. Private messages of condolence may be sent to the family by viewing Lisa’s obituary on-line and selecting "Send A Condolence" at: www.mattatallvarnerfh.com

"The Human Spirit is stronger than anything that can happen to it." CC Scott

Share Your Memory of
Lisa
Upload Your Memory View All Memories
Be the first to upload a memory!
Share A Memory