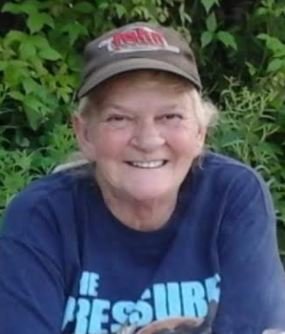 It is with heavy hearts that the family of Mary Lorraine Rose Savoy announces her passing on Tuesday, June 8, 2021, at her residence. Born in Saint John on January 5, 1956, she was the daughter of the late Lawrence and Dorothy Savoy.

Mary’s biggest passion was fishing; she lived to fish. She also enjoyed going down to Maces Bay to camp with her triplets and going clam digging.

Some of her other passions included playing BINGO, feeding her birds, and other animal friends.  She also loved her gardens and her many fish aquariums.

Mary started out as a volunteer with the Saint John Boys & Girls Club back in the 80s, and soon after, in 1992, she was hired as a cook for the lunch program. During her many years volunteering and working up to 2010, the Boys & Girls Club became our second family. They were always there for us, and to just name a few: Debbie Cooper, Bonnie Collins, Sharon Langille, among many others. We will always remember the many memories that were made, the generosity, and the love.

After leaving the Boys & Girls Club, Mary started working as a custodian for Samuel de Champlain School, where she loved to make the children laugh, whether it would be by telling a quick joke or making a silly face. The children loved Mary and always looked forward to seeing her every day.

Besides her parents, Mary was predeceased by her son Terry Savoy; sister, Patsy; brothers, Gorden and Walter; and Frank Eric Connelly (the father of the triplets).

Arrangements are under the care and direction of Brenan’s Funeral Home, 111 Paradise Row, Saint John, NB (634-7424). A private funeral service will be held. For those unable to attend the funeral, the service will be livestreamed and can be viewed starting Monday, June 14, 2021 at 2 PM, by visiting Mary’s obituary on Brenan’s website. For those who wish, donations in Mary’s memory can be made to the Boys & Girls Club, Saint John SPCA- Animal Rescue, or a charity of your choice, and online condolences can be placed at www.BrenansFH.com.

Share Your Memory of
Mary
Upload Your Memory View All Memories
Be the first to upload a memory!