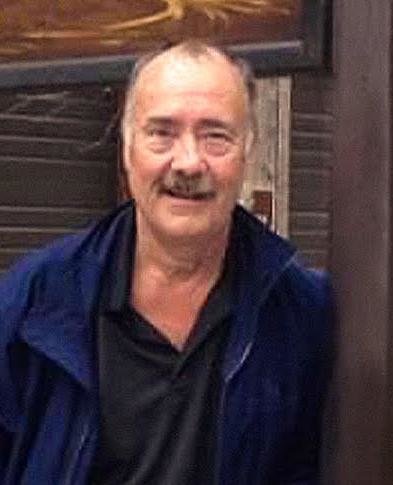 It is with heartfelt sorrow, the family of David Frederic Embley, of Quispamsis, husband of Trudy (Williams) Embley, announce his passing on February 28, 2021.

Born in Winnipeg, MN, on November 4, 1956, he was a son of the late Rev. Roy and Evelyn (Sandgren) Embley. David was employed with Irving Pulp and Paper for many years as a Chemical Engineer, retiring as Vice President of Tissue Research. He loved to travel, taking Trudy around the world. When they weren’t travelling the world, they spent many winters in Florida. David enjoyed golfing, skiing and gardening, but most of all loved his family and friends. David was a kind, and generous man, always making sure everyone was having a good time, and always willing to lend a helping hand. He will be missed by all who knew him.

Besides his loving wife, David is survived by his son Ben of Thailand, sisters; Margaret Zan (Norm) of Spirit River, AB, and Ruth Surette (Eldon) of Edmonton, AB, sister in law Pamela Embley of London, ON, as well as his niece, nephews, great niece, great nephews and loyal friends. In addition to his immediate family he is fondly remembered by Trudy’s siblings, their spouses and children.

David was predeceased by his brother Kenneth Embley.

As mentioned David’s love of our world was passionate, those who know him will know that he was at his best planning his next trip. David viewed our world as a gift to be opened by exploring it’s beauty, diversity and wonder. Through his journeys he and Trudy walked on the “Great Wall of China”, swam in the clear blue waters of Hawaii and explored treasure of Thailand.  This is a passion and wonder that he has passed not only to his son Ben but also for his nieces and nephews and countless of his friends children. David was like a ‘pied piper’ for the next generation- his impact, encouragement and love toward them was wonderful to observe.

In taking his last journey, as a man of faith and hope David now has the privilege of exploring a realm that God has prepared for him.

Resting at Kennebecasis Community Funeral Home, 152 Pettingill Road, Quispamsis (849-2119).  A private visitation and funeral service will be held via invitation only. Interment to take place at Ocean View Memorial Gardens. For those unable to attend the service, a livestream of David’s Celebration of Life  can be viewed at  www.kennebecasisfh.com on Tuesday, March 16, 2021 at 2PM.

For those who would wish to remember David with a memorial donation the family would ask you to consider one of these charities or the donors choice; the Heart and Stroke Foundation, Alzheimers Society or to RiverCross Church, Saint John.

Share Your Memory of
David
Upload Your Memory View All Memories
Be the first to upload a memory!
Share A Memory