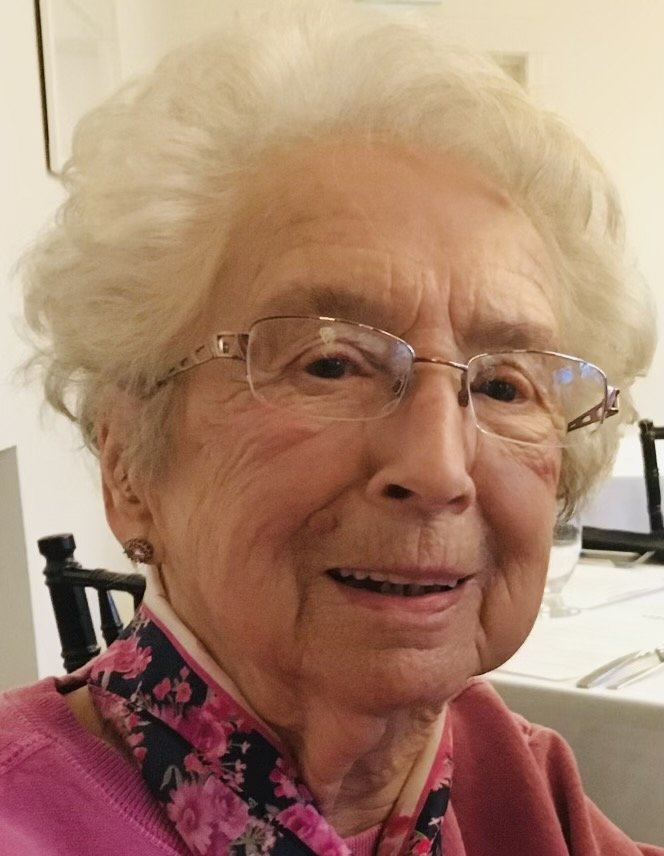 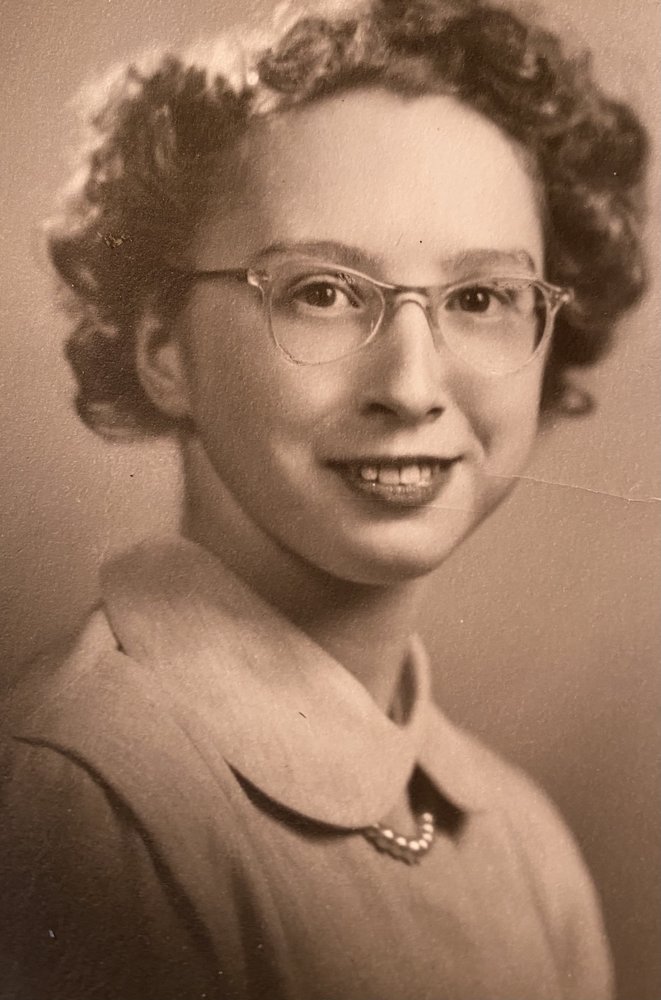 It is with great sadness that the family of Ruth Margaret McMackin, wife of the late James “Jim” McMackin, announce her passing on Tuesday, February 9, 2021, at the Saint John Regional Hospital, after a brief illness. Born on November 8, 1932, in Hampton, NB, Ruth was a daughter of the late Alfred and Margaret (Bernard) Daigle.

To remember Mom is to remember her as a devoted wife, proud mother and grandmother, reliable friend and a woman of faith. A tiny woman with a strong strength of character, she cared for her husband for 43 years after he had a traumatic brain injury, and she did so with joy seeing it as a blessing to serve him.  Her four children she saw as her success story, and any escapades that would have proven otherwise they wisely kept from her.   She delighted in hearing of her grandchildren’s academic, athletic and professional accomplishments.  Mom made many friends over the years and was always happy to have a telephone visit, sit and talk in person, or go for Sunday picnics all over the countryside. A founding member of St Mark’s Catholic Church, Mom believed without wavering in the power of prayer and Gods’ blessings.  From a young age she happily attended mass finding great comfort in the ritual and ceremony of the Catholic faith.  For years Mom was an active CWL member and happily participated in their activities.

Born to modest means, her solid middle class life gave Mom an appreciation of what she had and what so many others didn’t.  A child of the Depression, she penny-pinched to afford her children the ability to take part in extracurricular activities, even if it meant she went without.

Mom quietly and without need for recognition helped others whenever she could.  She could be relied upon for regular donations to the local food bank, visits to a friend who was housebound, and food prepared for people who needed assistance.

Mom didn’t have a lot of hobbies but she was a card player from early childhood.  She loved nothing more than being asked to join in, or to host, an evening of 45s.  She also enjoyed playing crib, often coming from behind with a walloping good hand to leave her opponent tantalizingly close to winning, but losing in the end.

With her young family camping throughout the Atlantic Provinces, respite jaunts with girlfriends to Newfoundland and Nova Scotia, Florida and New York, trips with her husband to visit family across the country, Mom had many travel adventures.  Most notably was a trip to celebrate her 80th birthday; her daughters made her monarchy loving dreams come true by taking her to the UK to visit palaces, parks and churches; places she had only ever read about and never thought she would see.

After the loss of our dad in November, 2018 mom enjoyed an unsought freedom from being a caregiver.  For the first time since marrying 62 years earlier, she was on her own and settled quietly into a certain contentment.  This happiness was marred by the unexpected death of her loyal youngest child, Chris (Kim VanWart) in July of 2019, from which her spirit never recovered.  Although we couldn’t get her to admit it, his siblings happily accepted the fact that Chris was her favourite, and until the day she died she did not stop missing his frequent visits to watch Jeopardy or play a game of crib.

Ruth is survived by her loving children; Michelle Anderson (Saint John), Joanne Jackson (Lloyd) of Morpeth, Ontario, and Michael (Alison) of Moncton.  As evidenced by where they have settled, her grandchildren inherited her love of travel and new adventures: Brodie (Mone, Victoria), Emily (Francois, France), Claire and Sarah (Ottawa), Carter (Thunder Bay), Amy (Rimouski), Kevin (Fredericton), and Matthew (Moncton); as well as several dear nieces and nephews.  A special recognition must also be made to the Brown Family who took her in as a young teen and never stopped calling her “Sissy”, considering her their sister.  She also leaves numerous McMackin in-laws who were grateful for the way she cared for their brother.  In addition, Mom has left behind many friends who we know will miss her dearly but whom we cannot name for fear of missing someone.

From a large family, brothers Fred, Alphonse, Edward and David and sisters Marjorie, Rosemary and Betty all predeceased Mom, leaving to mourn is her brother Tony (Australia) and sister Edna (Berwick, NB).  Besides being a sister, Aunt Edna was a very special friend to mom and we grieve her loss as much as we mourn our own.  Aunt Shirley (Riverview, NB) and Aunt Cath (Prince Albert, Ontario) came into mom’s life as sisters in-law but quickly became and remained fast friends.

Arrangements are under the care and direction of Kennebecasis Community Funeral Home, 152 Pettingill Road, Quispamsis (506-849-2119). Due to current public health restrictions, the visitation and Mass of Christian Burial will be held privately. For those unable to attend the Mass, a livestream of the service will be available on Ruth’s obituary on Kennebecasis website beginning on Thursday, February 25, 2021 at 10:00 AM. Interment will take place at Sacred Heart Cemetery, Norton, at a later date. For those who wish, remembrances made to KV Food Basket or the Heart and Stroke Foundation of NB. Online condolences may be placed at www.kennebecasisFH.com

Share Your Memory of
Ruth
Upload Your Memory View All Memories
Be the first to upload a memory!
Share A Memory