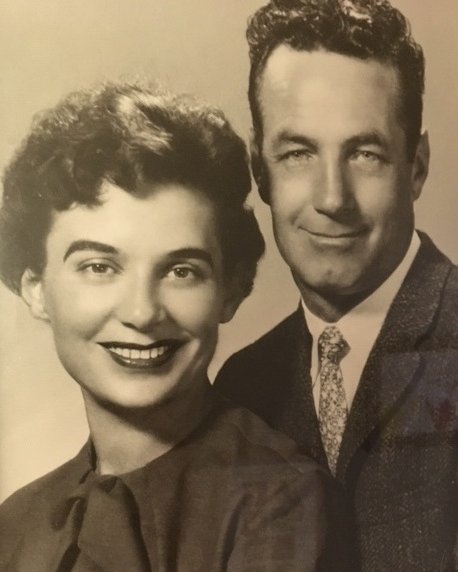 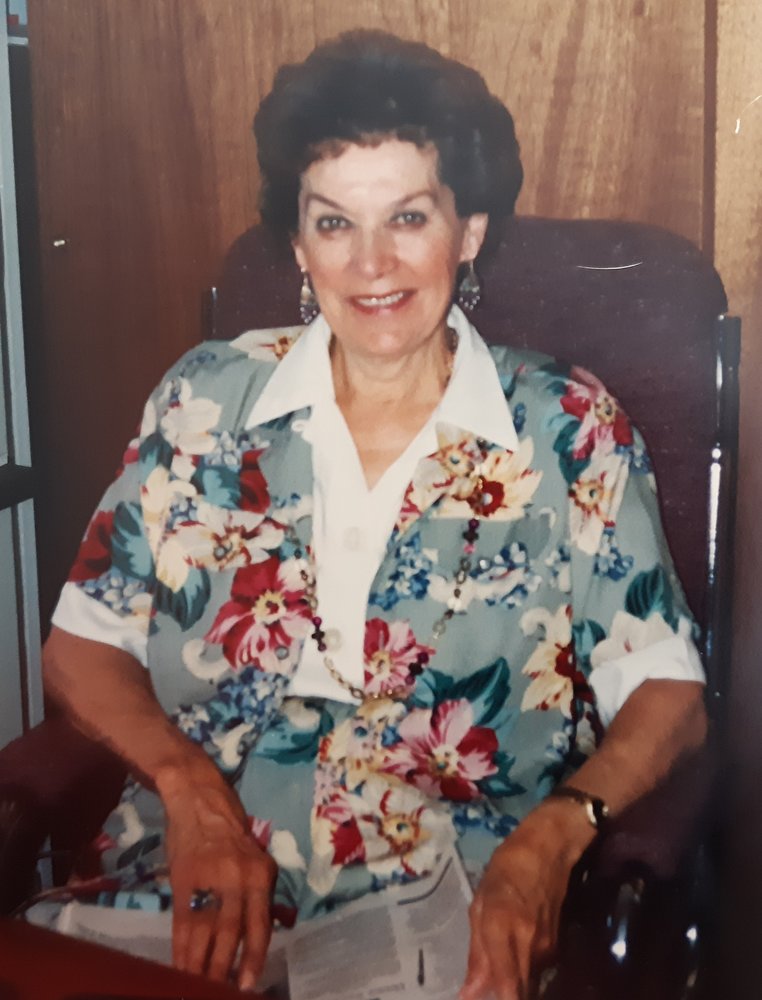 The world lost an indomitable spirit on October 11, 2020. Sophie "Sharon" Ryall passed peacefully in her sleep at the age of 93 at Embassy Hall,  Shannex, Quispamsis, New Brunswick.

Born in the middle of winter on February 8, 1927, in a small farmhouse on the rural Saskatchewan prairie, Sophie and her twin sister Rose were two of nine children born to Anne and Harry Warcomika. Her childhood during the Great Depression was one of hard work, family, and her strong Ukrainian community.

In 1948, Sophie moved to Vancouver British Columbia, in her desire to see more of the world. Working at the Devonshire Hotel in downtown Vancouver, Sophie was spotted by her future husband Norman Ryall, who told his friends he was going to marry her the first day he saw her. She wasn't an easy catch,  but fresh flowers sent daily to her work led to a first date, and eventually marriage.

Sophie and Norman settled in Vancouver and over the next eleven years had six children.

In 1963, Sophie and Norman decided to move across Canada to St. Andrews, New Brunswick, where they purchased their family home and named it Tara. Sophie worked for the St. Andrews Biological Station for several years, and in 1972, she and Norman began converting parts of the family home to a country inn. They opened the doors to Tara Manor Inn that same year. Starting with two rooms, they built the business together over a span of 30 years, eventually becoming a full service, 28 room country inn.

Sophie was known to her family as a source of bottomless pots of homemade soup, cabbage rolls, and homemade crusty bread. Her Ukraininan heritage had taught her that to love someone was to feed them well, and that she did. Ahead of her time she was interested in the health food movement and she took healthy eating and exercise seriously, learning to make homemade yogurt and granola before they were even available in stores. She seemed to know a song for every occasion and the house was often filled with music. Sophie loved opera, Harry Belafonte, and Johnny Reid equally. She was a competitive checkers and cribbage player; not above sneaking in an extra point or two with a smile of complete innocence.

Sophie also loved all things sophisticated. She dressed impeccably in matching suits and broad brimmed hats.  She loved striding out for long daily walks on Minister's Island and returning to dress in immaculate outfits in her signature red to talk to guests at Tara. She lent a presence to the inn that everyone who visited there remembered.

In all things, Sophie was never simple, but she was generous, and unswerving in her love of her children and grandchildren. Fierce in her devotion. Her sarcastic sense of humour and stubbornness were legendary to her family.

In her final years as a resident at Embassy Hall, Shannex, Quispamsis, Sophie was loved by all the staff, and the family is deeply grateful for their excellent care. In particular, the family wishes to acknowledge Jen Ryall of Embassy Hall, and Sophie's special friend Jackie Sherrard, RN. Sophie loved Jackie and the feelings were mutual.

Sophie was predeceased by her husband Norman in 2002 and her beloved twin sister Rose in 2018. She is deeply loved by her children Lonny Ryall (Liubmila) of Rothesay, NB; Harvey Ryall of Halifax, NS; Norman Ryall of Bocabec, NB; Jade Ryall Doyle (Thomas Doyle) of Falmouth Maine; Clinton Ryall of Bocabec, NB; and Melanie Ryall (David House) of Bayside, NB.

Sophie,  Mom, or as she was known to her grandchildren, Nan, was deeply loved, respected, and a force who will never be forgotten. Sleep well Mom, we love you.

Arrangements are under the care and direction of Kennebecasis Community Funeral Home, 152 Pettingill Road, Quispamsis (849-2119). Due to Covid-19 travel restrictions, a celebration of Sophie's life will be held in 2021. In lieu of flowers, donations can be made to the Canadian Red Cross or a charity of one's choice.

Share Your Memory of
Sophie
Upload Your Memory View All Memories
Be the first to upload a memory!
Share A Memory