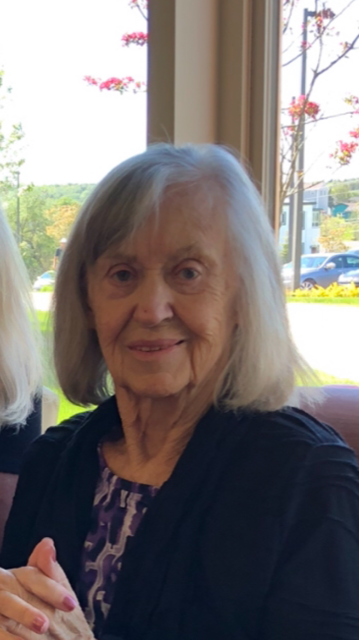 Ann Myrtle (Marie) Wade passed away September 15, 2020 at the Loch Lomond Village. Born June 10, 1934 to Earnest Jr. and Mary Katherine Poole (Foote) in Port-Aux-Basque, NL, Ann grew up in the Anglican Girls Orphanage in St. John’s, NL from the age of 6 to 18 years. She moved to Corner Brook where she married her first husband, Albert Hutchings, had 2 children, Paul Hutchings and Sandra Blagden. The family moved to Saint John, New Brunswick in 1972. She worked a short time at NBTel in the 1970's and later married her second husband, Benjamin Wade. They moved to Digby, NS where they lived for several years before returning to New Brunswick to reside in Grand Bay-Westfield until she moved to the Loch Lomond Village in December, 2015.

A special thank you to the staff at the Loch Lomond Village Cedar House and Maple House for the care and support they provided during her stay with them.

Arrangements are under the care and direction of Brenan’s Funeral Home, 111 Paradise Row, Saint John, NB (506- 634-7424). At her request and due to Covid 19 there will be no visitation. A private family service will be held at a later date. For those who wish memorial donations may be made to the SPCA - Animal Rescue Saint John, the Alzheimer Society of Canada or charity of your choice. www.BrenansFH.com

Share Your Memory of
Ann
Upload Your Memory View All Memories
Be the first to upload a memory!