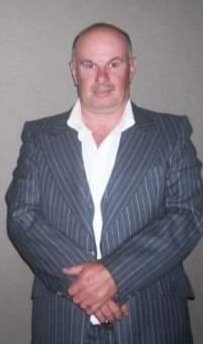 Connelly, Frank E. – It is with great sadness the family announces the passing of Frank Eric Connelly of Saint John, NB, which occurred on Monday, August 31, 2020 at his residence. Born in Saint John on October 26, 1956 he was a son of Annie (McKinney) and the late Frank Robert Connelly.

By request there will be no visitation  A private funeral service will be held at a later date .A private interment will take place in Ocean View Memorial Gardens at a later date. Arrangements are under the care of Brenan’s Funeral Home, 111 Paradise Row, Saint John, NB, (634-7424). For those who wish remembrances to the Saint John Food Bank would be appreciated by the family. Online condolences may be placed at www.brenansfh.com

Share Your Memory of
Frank
Upload Your Memory View All Memories
Be the first to upload a memory!