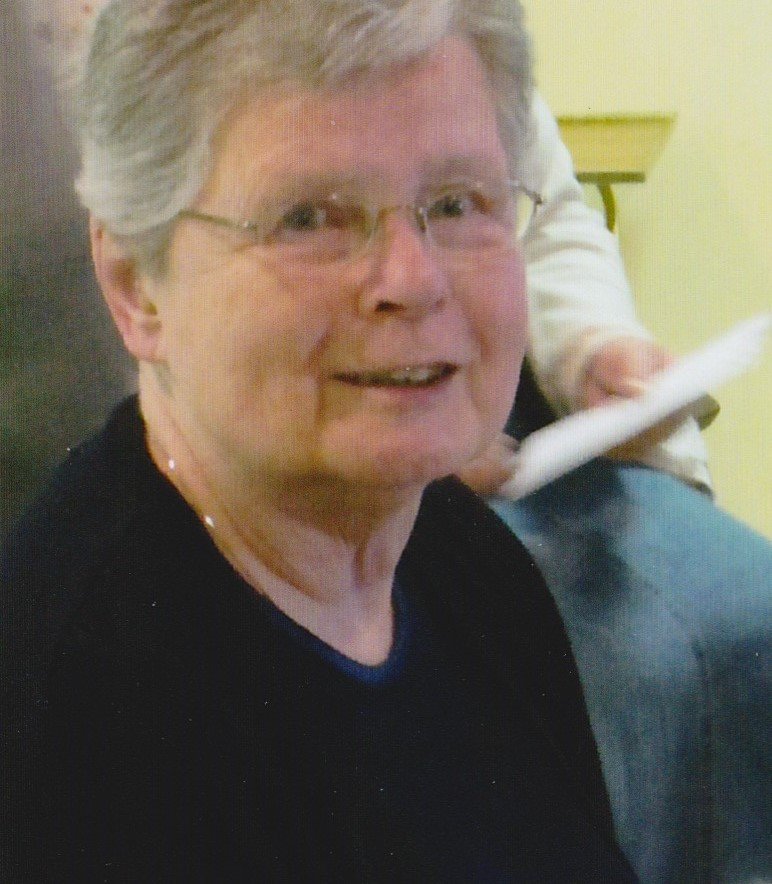 Sister Ann Marie McGloan (Sr. Ann Marie), the daughter of the late Thomas and Mary (O’Regan) McGloan, was born in Saint John, NB.  Ann Marie was a registered nurse with her Degree in Nursing and Teaching Diploma, and nursed in Saint John before she entered the Sisters of Charity of the Immaculate Conception on September 8, 1954.

After her novitiate, Sister Ann Marie continued as Nursing Instructor at St. Joseph’s Hospital from 1956 to 1965, and from 1969 to 1972 as Director of Nursing Education. In the interim, she was Director of Nursing Education at Holy Family Hospital in Prince Albert, Saskatchewan. From 1972 – 1977, she served at Holy Family Hospital as Hospital Visitor, then later, after a year of study, as Ward Clerk.

Returning to Saint John, she served as Staff Health Nurse at St. Joseph’s Hospital, and as a secretary at the Villa Madonna Retreat House.  She returned to St. Vincent’s Convent in 1981 where she was able to care for her sick parents and serve as local co-ordinator.  Sister Ann Marie moved to Ruth Ross Residence in 2007.   Sister Anne Marie died peacefully at Ruth Ross Residence on August 29, 2020.

Sr. Ann Marie is survived by her sister, Maura Keenan, as well as several nieces, nephews, grand-nieces, and grand-nephews. She is predeceased by her parents Thomas and Mary (O’Regan) McGloan; brother Thomas McGloan; and sister Eileen Kenny.

Arrangements are under the care of Brenan’s Funeral Home, 111 Paradise Row, Saint John, NB (634-7424). Due to the current pandemic, there will be no visitation. A graveside service will be held on Tuesday, September 1, 2020 at St. Joseph’s Cemetery at 10:00 AM. Donations in Sr. Ann Marie’s memory may be made to a charity of the donor’s choice.

Share Your Memory of
Sister Ann Marie
Upload Your Memory View All Memories
Be the first to upload a memory!