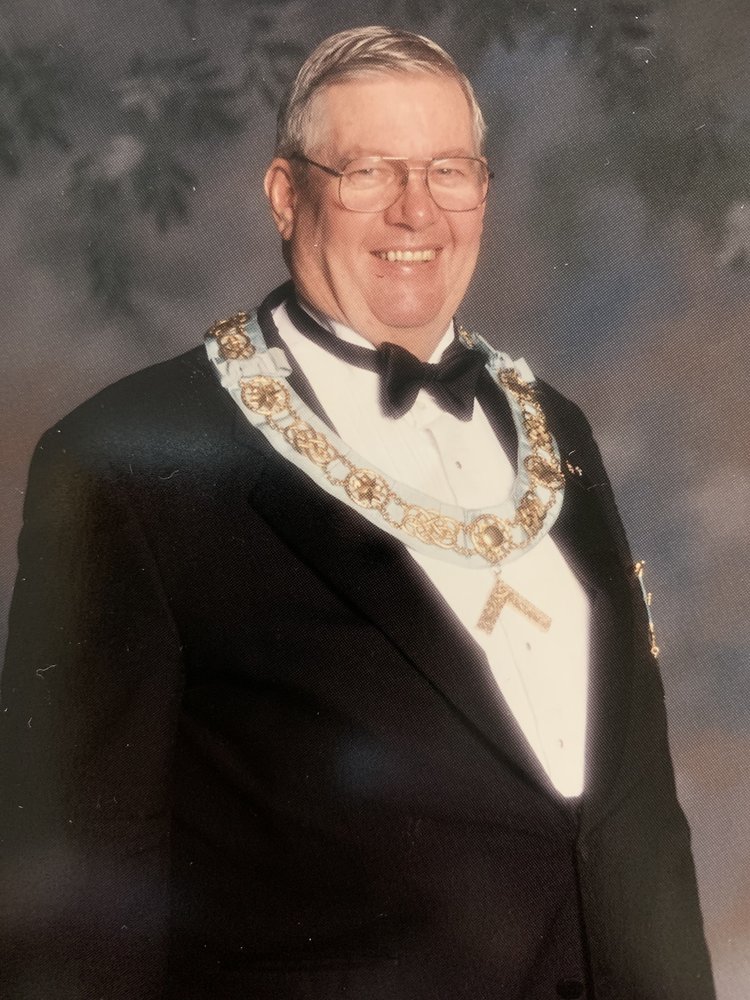 With heavy hearts, the family of Gary Black announce his passing on Friday, August 28, 2020 at his residence in the Dr. V. A. Snow Centre in Hampton. Born May 15, 1943 in Saint John, he was a son of the late Kenneth and Marion Black, both of St. Martins and later Saint John, |NB.

Gary worked for many years as a long-haul transport truck driver, he dabbled in insurance and ended his career as the Custodian for Belleisle Elementary School.  One of his proudest contributions was assisting in the planning and construction of  the Belleisle Community Pool. He was always willing to give a helping hand and enjoyed being a part of building anything; especially if he got to be in charge of the project.  Gary continued his passion for helping others by joining the Masons at The Corinthian Lodge #13 in Hampton, NB.  He continued on to become a Luxor Shriner as part of the Railway Unit, as well as a member of both the Ancient and Accepted Scottish Rite and the Order of the Eastern Star. He developed some of his strongest friendships being a part of these organizations.

Gary was an avid auto race fan. His favourite drivers were Dale Earnhart, Tony Stewart and John Force. Every weekend the television only had one channel, the channel covering the race. He was very proud to have attended a couple of races in person with his daughter Sara. Gary also loved a good meal, especially if it involved a large lobster and a big hammer.  For who ever visited Gary, they would be welcomed by him sitting in his favourite chair, open to any conversation topic as long as you were prepared to receive his opinion. He often had his own terms of endearment for those who he knew.  He had some very special neighbours who always looked out for him and kept him in great company – a huge thank you to all the Johnston’s, he was blessed.

Gary is survived by his daughters, Lynn Reid (Alan) and Sara Jane Black (Phil); and grandchildren: Carter, Cara, Tyler, Jorja, and Cheyanne. He was predeceased by his parents.

A huge thank you to the all the staff of 4AN, the Dr. V. A. Snow Centre where Gary resided the past year and Dr. Edward Phillips.

Arrangements are under the care of Brenan’s Funeral Home, 111 Paradise Row, Saint John (634-7424). In keeping with Gary’s wishes, the family will receive friends at a drop-in style event honouring his life on September 3, 2020 at the Masonic Temple in Hampton, 6 Church Street, from 7:30 -9:00 pm following a short Masonic service for family at 7:00pm.  Burial for Gary will occur at a later date.  For those who wish, remembrances can be made to the Dr. V. A. Snow Centre or a charity of your choice, and are greatly appreciated by the family. Please place online condolences and remembrances at www.BrenansFH.com

Share Your Memory of
Gary
Upload Your Memory View All Memories
Be the first to upload a memory!