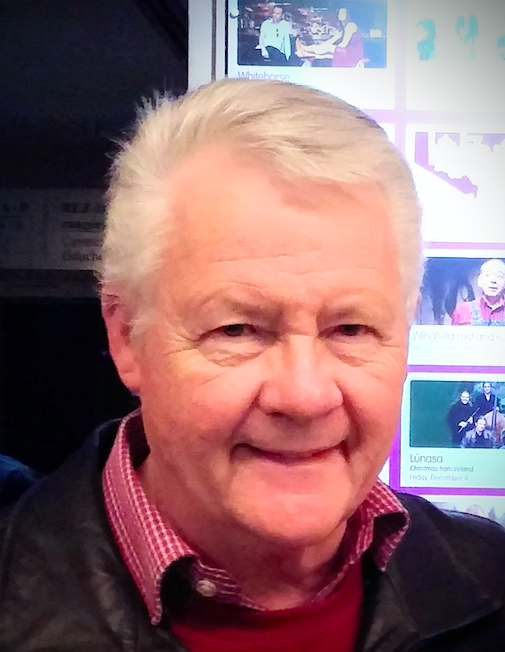 It is with great sadness that the family of Robert “Bob” Klassen, husband of Barbara (Stevens), announce his passing which occurred on Friday, June 26, 2020, at Kings Way Care Centre. Bob was born on June 16, 1935, in Winnipeg, MB. He was the son of the late, John and Olga Klassen.

Bob was a man of great dignity. During his working years, Bob worked for Cumming’s Diesel; Irving Oil at the Golden Ball; and owned his own restaurant and lounge, Pizza Delight-Noodles in Grand Bay- Westfield. He was married to his wife Barbara for fifty-five years and together they raised a beautiful family that Bob took great pride in watching grow. He was a long standing member of Kings Way Assembly Church and was a devoted Christian. In his spare time, Bob loved watching the Montreal Canadiens and he enjoyed game shows, especially Jeopardy! He enjoyed golfing with his son and was a very talented painter. His children have fond memories of watching the Jackie Gleason Show and the Lawrence Welk Show with their dad and sharing many belly laughs together. Bob and Barbara enjoyed music and listening to the fiddle players on the Kingston Peninsula; they also enjoyed taking drives to Hampton where they would enjoy an ice cream together at Kredl's. Bob was always looking for opportunities to treat his children and grandchildren by taking the family out to dinner. They would gather at family favourites like the old Ponderosa and Swiss Chalet. He was very proud of his grandchildren and is remembered as a wonderful grandfather. His grandchildren cherish memories of his nature walks, "Grampy Breakfast", and his iconic "Gwampy" lisence plate.

The family wishes to thank the staff, volunteers and nurses of Kings Way Care Centre for their kindness. No words can express how deeply Susan and Shelly helped and comforted us during Bob’s final days. They were angels in the way they took care of Bob and us.

Arrangements are under the care of Kennebecasis Funeral Home, 152 Pettingill Rd, Quispamsis (849-2119). A funeral service celebrating Bob’s life will be held on Tuesday June 30, 2020 at 2pm at Kings Way Assembly Church, 7 Kingsway Dr., Quispamsis. Donations may be made in memory of Bob to Kings Way Care Centre. Online condolences may be placed at: www.KennebecasisFH.com

Share Your Memory of
Bob
Upload Your Memory View All Memories
Be the first to upload a memory!
Share A Memory