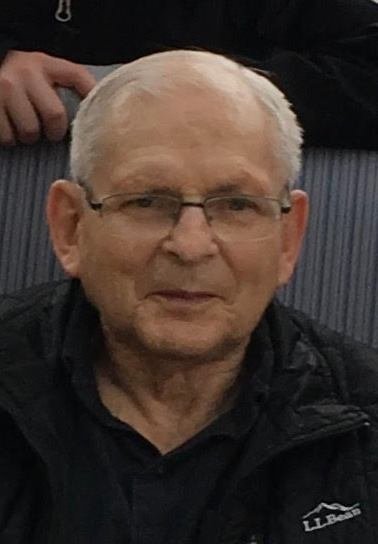 It is with great sadness that the family of Glendon Lee Steeves announces his peaceful passing on Thursday, May 28th at Kingsway Care Centre at the age of 80 years.

Born in Moncton, NB on February 12, 1940 to his parents, Wendell and Pauline (Kaye) Steeves and soon after raised by his father and Winnie Steeves, Glen was an energetic, hard-working and fun-loving boy.  Growing up with his brothers Allan, Ross and John, in Plumweseep, he was part of many great adventures.  Working the farm, being a member of the 4H club, visiting family in PEI, Glen had a great foundation in life.

In the early 1960’s, Glen moved to Saint John for work, then to attend NBCC and start his career at NBTel.  He built a life in the growing village of Fairvale and was an active member of the community.  Snowmobiling, sailing, atv-ing, and being on the water were among his favourite past times.

Glen made his dream come true by building a log home on the Saint John River where he eventually spent his retirement. Here he was able to enjoy the outdoors and spend many hours creating memories with family and friends.

He was preceded in death by his parents Wendell, Pauline (Kaye) and Winnie (Ross); his late wife of 35 years Edna (Creighton); and his brother Ross Steeves (wife Judie).

He will be lovingly remembered by: his wife of 19 years, Persis; his brothers Allan (Sheila) Steeves and John (Donna) Steeves; his daughter Cynthia (son Mathieu) and son Blair (Caren and children; Clara, Max, Anna); and his step-daughters Lisa Mowbray (Jake and children; Tyler,  Nathan), and Charlene Lafferty (Jim and children; Grace, Noah).  He will also be dearly missed by the Ross and Creighton clans.

Glen’s extraordinary generosity and unlimited energy will be forever remembered. We love you Pops.

Thank you to the Kingsway Care Centre team for your kindness, care and support.

Arrangements are under the care of Kennebecasis Community Funeral Home, 152 Pettingill Road, Quispamsis (849-2119).A celebration of Glen’s life will be held at a later date when family and friends can gather together. Donations in memory of Glen can be made to Kingsway Care Centre or Bobby’s Hospice of Saint John.

Share Your Memory of
Glendon
Upload Your Memory View All Memories
Be the first to upload a memory!
Share A Memory