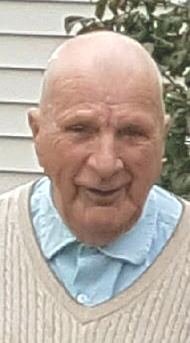 Gathering of Family and Friends

It is with sadness the family of George H. Sanders, husband of Jean Y. Sanders, announce his passing on October 7, 2019.  Born in Saint John on April 8, 1934, he was the son of the late Frederick and Lilly (Brown) Sanders.

George was a graduate from the first graduating class of Simonds Regional High School in 1952 and was the recipient of the first Governor General’s Gold Medal. Upon completion of schooling he became a licensed electrician and later became a successful self-employed electrical contractor until his retirement.  George enjoyed camping, bird carving and holidaying on PEI, especially with his two lovely granddaughters.

In keeping with George’s wishes, there will be no visitation or funeral service.  Friends are invited to attend a gathering celebrating George’s life at Kennebecasis Community Funeral Home, 152 Pettingill Road, Quispamsis (849-2119) on Saturday, October 12, 2019 from 2:00 PM – 4:00 PM.

For those who wish, remembrances may be made to the Arthritis Society of New Brunswick or a charity of the donor’s choice.

Share Your Memory of
George
Upload Your Memory View All Memories
Be the first to upload a memory!