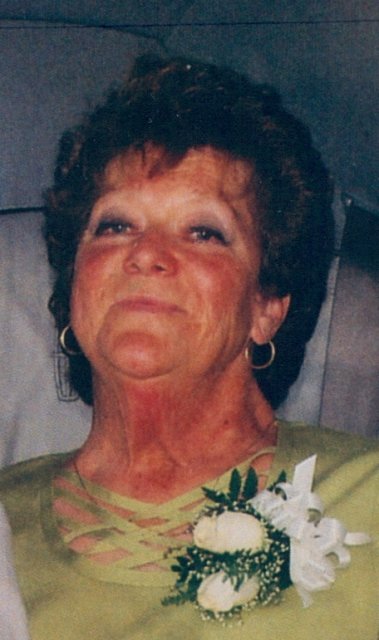 Lisson, Doris M. – It is with heavy hearts that the family of Doris Mable Lisson (Steeves), wife of 63 years to Kenneth Ronald Lisson, announces her passing which occurred on June 7, 2019 at Bobby’s Hospice.

Born at home in Plumweseep, NB, on January 23, 1937, she was the daughter of the late Grover and Gladas (Castle) Steeves.

After graduating from Sussex High School, she married her high school sweetheart in 1954. She started her family and was a stay at home mom for her two first born boys. In 1957, Ken and Doris moved to Saint John, where she had five more children and continued to raise their seven children. After her seven children were in school, she worked for several years at the Metropolitan Store. She left there to work in the admitting department at Centracare, where she retired. Doris then enjoyed spending her spare time with staff and co-volunteers at the Saint John Regional Hospital.

Doris enjoyed gardening, knitting, baking, and loved watching her well-fed birds but most of all she loved her family and could not do enough for them.

Resting at Bay View Funeral Home, 1461 Manawagonish Road, Saint John, (634-7425) with visiting on Monday. June 10 from 5:00 to 9:00 pm. A Celebration of Doris’ Life will be held at Bay View Funeral Home Chapel on Tuesday, June 11, 2019 at 11: 00 am. Interment to take place 3:00 pm at Pioneer Cemetery. For those who wish, remembrances may be made to Bobby’s Hospice or a charity of the donor’s choice. Online condolences may be made at www.BayViewFH.com

Share Your Memory of
Doris
Upload Your Memory View All Memories
Be the first to upload a memory!