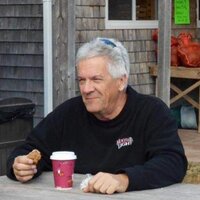 It is with heartfelt sorrow, the family of James “Jim” Richard Swetnam, of Quispamsis, partner of Deborah Hutchinson-Eagles, announce his passing on Sunday, July 3, 2022, at the Saint John Regional Hospital.

Born on February 8, 1951, in Moncton, NB, he was a son of the late Gordon and Gloria (Moore) Swetnam. Jim was employed as a truck driver for RST & Brookville, as well as several other companies until his retirement. Jim loved the outdoors; he could be found hauling horses to hauling hay. He was involved with the Old Timers Hockey Team, Ducks Unlimited, and anything that involved with horses and family, whom he adored. For many years he would make sure to make every hockey game his grandchildren played in. Jim will be missed by all who knew him.

In keeping with Jim’s wishes, there will be no funeral service. A gathering of friends and family to celebrate Jim’s life will be held at Kennebecasis Community Funeral Home, 152 Pettingill Road, Quispamsis (849-2119)  on Friday, July 8, 2022, from 2:00 – 7:00 PM. For those who wish, remembrances may be made to the Heart and Stroke Foundation or to a charity of the donor’s choice.